Watch the Gripping First Trailer for ‘The Hate U Give’ 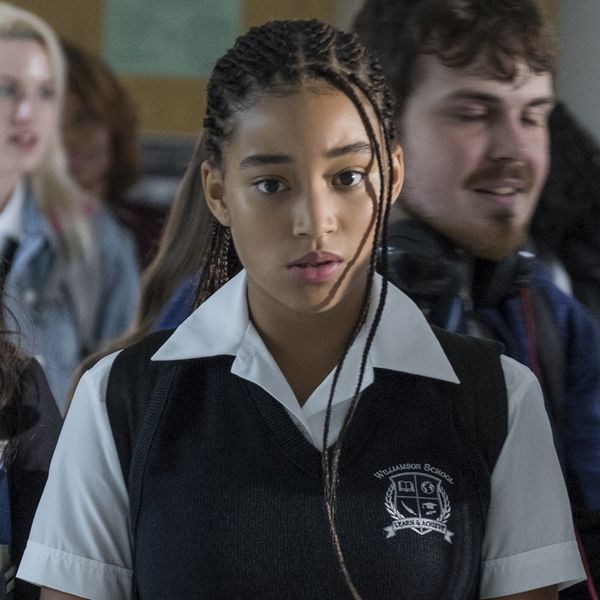 Amandla Stenberg has been a bold force in young Hollywood for years. And after recently making headlines for coming out as gay, Stenberg’s performance in the first trailer for the powerful upcoming film The Hate U Give rightfully has the young star’s name in lights once again.

The film is based on author Angie Thomas’ bestselling YA novel of the same name (which we thought was one of the best books of 2017). It follows the life of 16-year-old Starr Carter, whose unarmed best friend Khalil is fatally shot by a police officer.

The trailer depicts the harrowing moment the teens are pulled over and Khalil is ordered out of the car. As he leans in the window to check in with Starr, her panic over the danger of the situation sets in. Seconds later, a shot is fired.

Torn between her two realities — the poor, predominantly Black neighborhood where she and her family live and the wealthy, predominantly white suburban prep school she attends by day — Starr struggles to stand up and speak out for what’s right as common ground between the communities feels impossible to achieve.

The Hate U Give will be in theaters on October 19.

Do you plan to see The Hate U Give? Let us know @BritandCo.