How Practicing Yoga Can Help You Overcome Grief 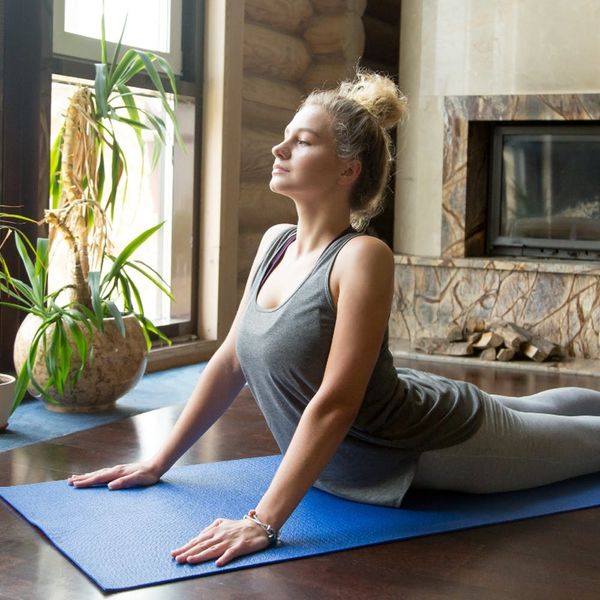 There’s everything from chocolate yoga to cat yoga to trap yoga, but there’s also a not-so carefree counterpart: grief yoga, which has provided healing for those suffering since long before cats made their way to the mat. We spoke with Beth Shaw — founder and president of YogaFit, the largest yoga training and certification program in the world — about the merits of this often-overlooked method of healing and how to practice it.

Shaw first experienced the interaction of grief and yoga after a breakup in her late 20s. She says she immersed herself in yoga daily to the point where it became her new “anchor,” replacing the old one of her ex-boyfriend and their romantic connection. “You know, science has shown that a broken heart is legitimate,” shares Shaw. More than simple sadness, grief can be all-consuming. “Grief is a mind-body experience,” Shaw agrees, explaining that it can affect one’s hormone production, cortisone levels, appetite, sleep patterns, energy levels, heart rate, and more. It makes sense, then, that yoga, a bodily activity, can help mitigate the overwhelming emotion. Yoga is a “healing tool,” Shaw says. “It can lift you from the depths of despair.”

Yoga allows practitioners to distances themselves and disconnect from their circumstances. “Yoga gives you a lot of space, physically and mentally.” This separation allows for some relief from the grief and can facilitate the coping process. It also enables one to be present in the moment. According to Shaw, overcoming grief is not a linear process; the sorrow ebbs and flows. Those grieving are occupied by events or trauma from the past, so focusing on the “now” can be beneficial. She acknowledges that not all who are grieving will be able to be present during, say, an entire 90-minute session, but being present for even 10 or 15 minutes every day can be impactful in the long term. Yoga can also help re-harmonize the body as it slips further out of its natural sync due to grief.

Shaw recommends the aptly named heart-opener poses — such as cow pose, bow pose, and cobra pose — to help mend a broken heart. These poses, which double as backbends, are “energizing and mood elevating,” Shaw explains. She also recommends seated forward folds because of their calming effect, though she cautions this relaxation could cause some to sink deeper into their grief. Ultimately, Shaw suggests “anything that will make them appreciate the strength in their body,” including sun salutations and vinyasa flow.

Shaw, who has faced debilitating depression firsthand, says grief yoga is for “anyone that’s open to alleviating their suffering.” If addressed properly, grief can result in personal growth. Shaw calls yoga a “gateway drug” in that it oftentimes leads people to other alternative methods of spiritual healing. As long as someone has the discipline and willpower to try yoga as a coping mechanism, they will feel better, Shaw asserts, “with 95 percent certainty.”

How do you work through grief? Share your story with us @BritandCo.

Annamarie Higley
Annamarie is a Californian who's been plopped in the middle of Missouri for her undergraduate studies in magazine journalism. She's a hiker, an eater, a lover of words. In her opinion, nothing beats a well-made breakfast sammy or a well-crafted sentence.
Healthy Living
Health
Healthy Living Mental Health Self Care Yoga