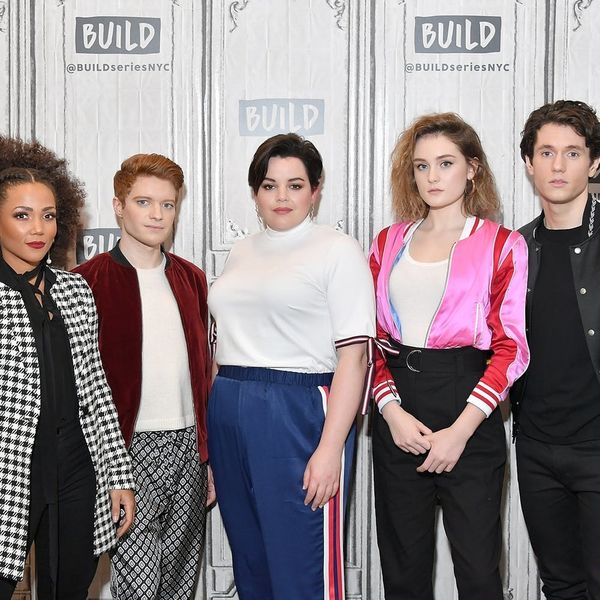 The Heathers reboot won’t be airing after all — at least not on its original network. Paramount Network, formerly known as Spike TV, has made the decision to pull the plug on the show in the wake of recent school shootings in Sante Fe, Texas, and Noblesville, Indiana.

The series was originally pushed back from February to March after the Parkland school shooting occurred in February, leaving 17 dead.

We believe in this show and we’re bummed we won’t be showing it all to you JUST yet, but there are more important conversations happening right now that we do not want to distract from.

Now, the plug has been pulled entirely on the teen satire starring newcomers Grace Victoria Cox and James Scully, plus Selma Blair and Shannen Doherty (who also starred in the original film). “The combination of a high school show with these very dark moments didn’t feel right,” Paramount’s President of Development and Production, Keith Cox, told The Hollywood Reporter.

The show is based on the 1988 cult classic of the same name about a high school couple that gets revenge on their mean-girl classmates by staging their murders as suicides.

“This is a high school show, we’re blowing up the school, there are guns in the school, it’s a satire and there are moments of teachers having guns. It’s hitting on so many topics,” Cox noted.

He went on to explain that though cable owner Viacom was initially onboard with the risk of airing the show’s edgy content, it couldn’t reconcile the decision after sending a message of support to victims of the Parkland school shooting by going dark across all brands for 17 minutes. “This company can’t be speaking out of both sides of its mouth, saying the youth movement is important for us and we’ve done all these wonderful things to support that and at the same time, we’re putting on a show that we’re not comfortable with.”

Still, he said he hasn’t quite given up on the anthology. “To be clear, I love this series and I believe in the franchise,” he said. Rather than “butchering” the footage by changing the setting or cutting scenes, he says they’re shopping it around in hopes of finding it a more suitable home. “The goal is not to scrap it, but to sell it.”

What do you think of Paramount’s decision to pull the plug on Heathers? Weigh in over @BritandCo.

Nicole Briese
Nicole is the weekend editor for Brit + Co who loves bringing you all the latest buzz. When she's not busy typing away into the wee hours, you can usually find her canoodling with her fur babies, rooting around in a bookstore, or rocking out at a concert of some sort (Guns N' Roses forever!). Check out all her latest musings and past work at nicolebjean.com.
TV
TV
TV
More From TV