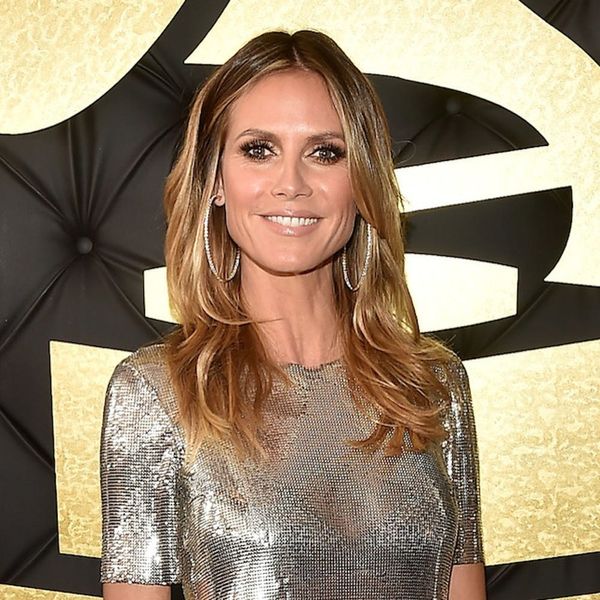 The Grammys, not unlike the Golden Globes or the Oscars, weren’t without their notable moments this year — while the current political climate inevitably made its way into the show, a few high-profile nominees decided to skip music’s biggest night altogether and Adele couldn’t help but echo the shock that Beyoncé’s Lemonade didn’t nab the award for Album of the Year, snapping her trophy in two in (accidental) protest.

While the live broadcast left us lots to talk about, the red carpet — and what happens leading up to the red carpet — had its share of buzzworthy moments too, from Adele’s flawless eyeliner and contour to Katy Perry’s new bombshell blonde look and, naturally, Bey’s more-than-meets-the-eye embroidery.

Heidi Klum made a point of showing off her Grammys primping process too, posting a pic of her natural look before hair and makeup got her ready for the show. Get ready for a huge shocker here: She looked AMAZING without a stitch of makeup.

Heidi posted a pic showing off her before and after looks, and while the bold, smokey eyes and soft, layered waves were certainly stunning, her natural look may be even more so. Both pictures do appear to have a filter applied, so we’re not sure why our makeup-free selfies don’t look like this, TBH.

Heidi wasn’t the only one to show off a subtler look come Grammy time — noted fan of the no-makeup look Alicia Keys proved in her performance with Maren Morris that you don’t always need to get glammed up to look amazing.

Do you ever go makeup-free to big events? Let us know over @BritandCo.