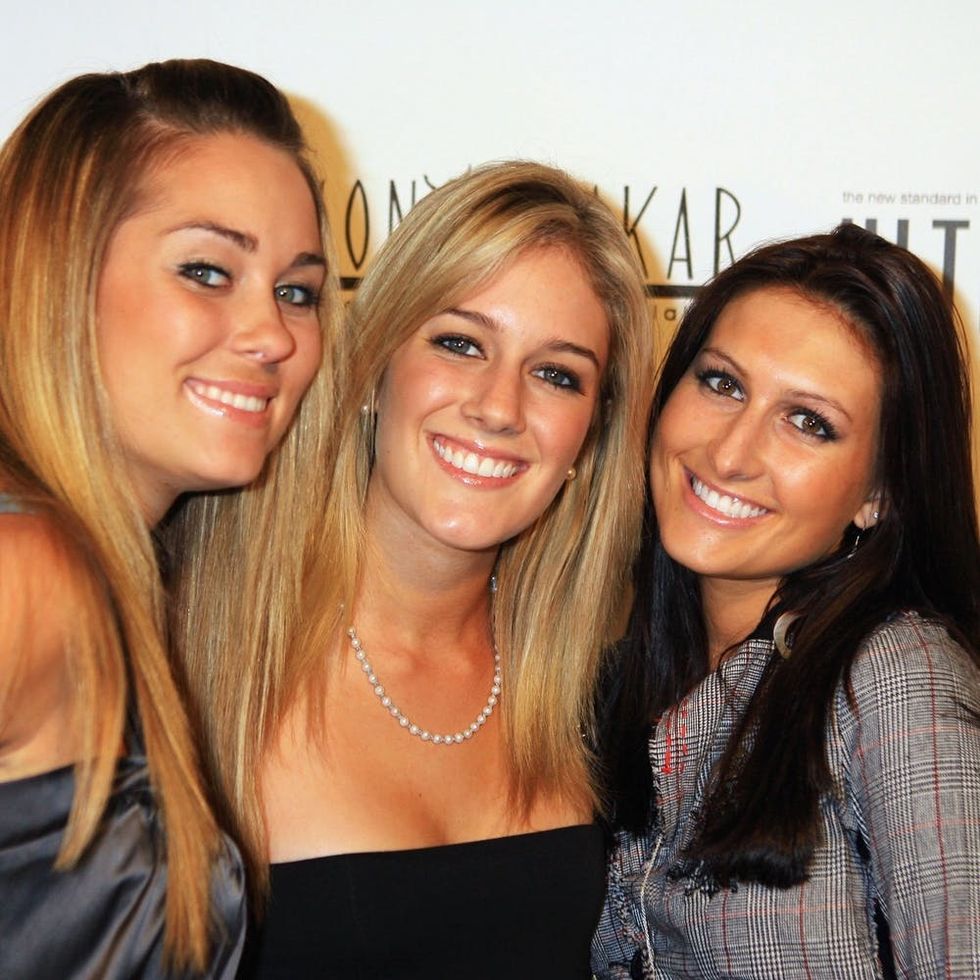 Heidi and Spencer Pratt are keeping things in the family: The Hills family, that is! Nearly a week after welcoming their baby boy, Gunner Stone, into the world, the new parents have revealed that they’ve made their fellow former reality costar Jen Bunney their baby’s godmother.

For those who need a little refresher, Bunney first appeared on Laguna Beach with Lauren Conrad, and followed her over to the LA-based show The Hills with recurring guest spots. Their friendship quickly came crashing down, however, when Bunney kissed Conrad’s crush, Brody Jenner. It was eventually revealed that it was actually Montag and Pratt who set up the situation, but Conrad wasn’t ready or willing to make amends with her former pal.

Bunney’s friendship with the couple clearly stuck, however. Montag took to Instagram stories to reveal that she selected her longtime pal to share in the joy of their newborn babe.

“Cheers, I have one of Gunner’s godmothers here, Jen Bunney!” she said cheerfully. Bunney was clearly pleased to be a part of the festivities, chiming in with, “We’re celebrating Gunner. He’s the best baby ever. We love him so much!”

Now married to Taylor Dunphy, whom she wed in 2014, Bunney, 31, lives in LA with a job in healthcare as she simultaneously works to earn her masters degree in public health at University of California, Berkeley.

Together, Gunner’s godmother and his parents partied with a table full of yummy eats, lots of laughs, and (of course!) plenty of crystals.

Though the babe’s parents have yet to introduce their little guy to the world, knowing these two, when we finally do get a peek at baby Pratt, it will be one heck of a stellar setup!

How did you (or do you plan to) choose your baby’s godparents? Let us know @BritandCo!

Desiree O
Desirée O is a ‘Professional Bohemian’ who loves anything and everything related to the arts, entertainment, and pop culture. She ADORES being a ‘Newsy’ for Brit + Co, covering all of the latest tidbits of awesomeness that you want to read about. When she’s not writing, she’s either making messy art, going on long adventurous walks with her camera, or poking around over at bohemianizm (http://www.bohemianizm.com/). You can find out about Desirée O and her work at http://DesireeO.com/ or follow her on Twitter @DesireeO.
Celebrities
Celebrity News
CelebritiesCelebrity BabyFriendsTV

12 Pairs of Slippers You Can Wear Outside

12 Fall Mocktails To Sip On This October