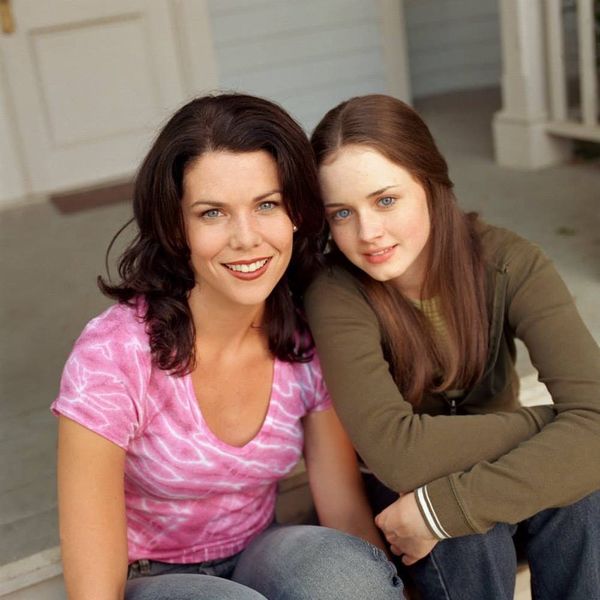 You’ve surely watched and analyzed the totally emotionally wrecking first trailer to death, and you’re as up to date on every pic and detail (and, admit it, conspiracy theory) that’s been revealed. You’re ready. Right? Right. Bring it on! If you’re anything like us, you’ve also been deep into a series re-watch just to make sure not a detail goes missed. And to our surprise, there were WAY more familiar faces than we remembered or ever initially noticed in the first place.

Take a break from your investigative GG revival homework and revisit these surprising (before they were) celeb cameos from the show’s history.

1. John Hamm: Pre-Don Draper, Jon had a bit part in the season three episode “Eight O’Clock at the Oasis.” His character and Lorelai met at an auction and went on a date, but she later said it was terrible and he was never seen again. (Photo via Stephen Lovekin/Getty)

2. Krysten Ritter: Before she was Jessica Jones, Krysten had roles on lots of great TV shows, like Veronica Mars,Breaking Bad and, it turns out, Gilmore Girls. Lucy was one of Rory’s Yale friends, and we saw quite a bit of her in the show’s last (’til now!) season. (Photo via Jamie McCarthy/Getty)

3. Adam Brody: When you think about it, future Seth Cohen’s role as Lane’s season three bandmate and eventual boyfriend Dave was the perfect fit for a pre-The O.C. Adam. (Photo via Frederick M. Brown/Getty)

4. Danny Pudi: The future Community star had only a couple small acting roles under his belt when he played a Yale newspaper writer in GG seasons six and seven. (Photo via Michael Loccisano/Getty)

5. Max Greenfield: Hey, it’s another Veronica Mars and GG alum! Max played Luke (no, not THAT Luke) and went to Dean’s bachelor party in GG season four. Now, of course, you know him as Schmidt on New Girl. (Photo via John Sciulli/Getty)

6. Jane Lynch: Way back in season one, Jane played a nurse who was at the mercy of a flustered Emily when Richard ended up in the hospital. In the same year, Jane starred in the hilarious mockumentary Best in Show, and of course went on to star in Glee. Now you can see her on NBC’s Hollywood Game Night. (Photo via Mike Coppola/Getty)

7. Nick Offerman: That’s right, even Ron Swanson made his mark in Stars Hollow. Nick played the total opposite to his Parks and Rec character as Jackson’s brother Beau, showing up in two episodes in seasons four and six. (Photo via Imeh Akpanudosen/Getty)

8. Seth McFarlane: The Family Guy creator played a couple of different roles in GG, first as a business school classmate of Lorelai’s in season two, and in season three as Emily’s lawyer. (Photo via Steve Jennings/Getty)

10. Ben Falcone: Yep, Melissa McCarthy’s IRL hubby was also on the show! We wish this was their meet-cute, but alas they met years before he showed up for an episode where Lorelai learns that Fran’s family would be selling the Dragonfly Inn. (Photo via Dimitrios Kambouris/Getty)

11. Riki Lindhome: You know Riki now as one half of Garfunkel and Oates, but she’s also had a couple of appearances on GG as a member of the Life and Death Brigade. (Photo via Alberto E. Rodriguez/Getty)

Who else have you spotted in old Gilmore Girls episodes? Let us know over @BritandCo!