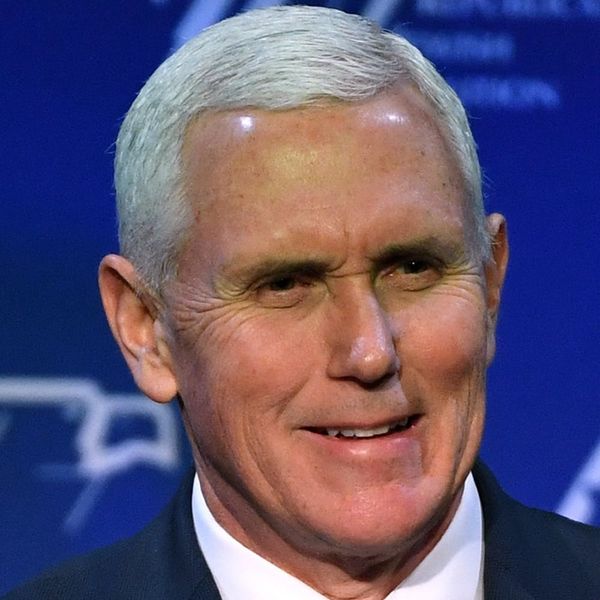 On Sunday, Vice President Mike Pence was scheduled to appear at an Indianapolis Colts and San Francisco 49ers game, but after football players continued their peaceful on-field protest, the VP and his entourage left the stadium and headed for LA, costing taxpayers hundreds of thousands of dollars in the process.

One of the VP’s aides told CNN that his trip to Indianapolis had been in the works for weeks, but that due to the tragic shooting in Las Vegas last week, the VP had to change plans slightly in order to head to Nevada before going to Indiana for the game. Later the same evening, Pence was due in Los Angeles at a GOP event, meaning that even though he was already in nearby Nevada, he chose to fly across the country and back again all in the same day.

I stand with @POTUS Trump, I stand with our soldiers, and I will always stand for our Flag and our National Anthem. pic.twitter.com/B0zP5M41MQ

In a statement posted to the official VP Twitter account, Pence said, “I left today’s Colts game because President Trump and I will not dignify any event that disrespects our soldiers, our Flag, or our National Anthem. At a time when so many Americans are inspiring our nation with their courage, resolve, and resilience, now, more than ever, we should rally around our Flag and everything that unites us.”

President Trump also chimed in on Twitter (of course) saying he instructed the VP to leave the game if any athletes knelt: something that was probably a given, considering at least 20 of the Colts kneel during the national anthem at every game, continuing their protest in solidarity with former player Colin Kaepernick (who remains unsigned this season), who started the protest as a way to speak out against police brutality.

With Pence having to be in Los Angeles at 6:30 PST, it’s unclear whether or not he ever intended to stay through the game, but using the peaceful protest as a reason to leave did end up costing taxpayers a lot of money. CNN reports that the Air Force estimates that flying a C-32 — the model of plane used for Air Force 2 — for one hour costs about $30,000. The VP’s flight from Las Vegas to Indianapolis Saturday took about three hours and 20 minutes, so it cost about $100,000. The VP also had extra security in Indianapolis, as well as spending the night in a hotel.

According to NBC News correspondent Peter Alexander, the VP knew he likely wouldn’t stay through the game in the first place. Alexander reports that press were instructed to wait outside the stadium because the VP would be leaving early.

Wait. This was orchestrated to make a point? That's not an inexpensive thing to do. https://t.co/Ze5jDw4Ifu

With many pointing out that the timing of this trip is suspect, and with Puerto Rico still in the throes of a disaster, some are calling this a PR stunt straight out of the pages of reality TV.

Regardless of the motives behind Pence’s weekend of crisscrossing the country, his team are arguing that he would have gone home to Washington DC instead of straight to LA anyway, telling CNN, “if the Vice President did not go to Indiana for the Colts game, he would have flown back to DC for the evening — which means flying directly over Indiana. Instead, he made a shorter trip to Indiana for a game that was on his schedule for several weeks.”

What do you think about the VP’s cross country walk out? Tell us @BritandCo!