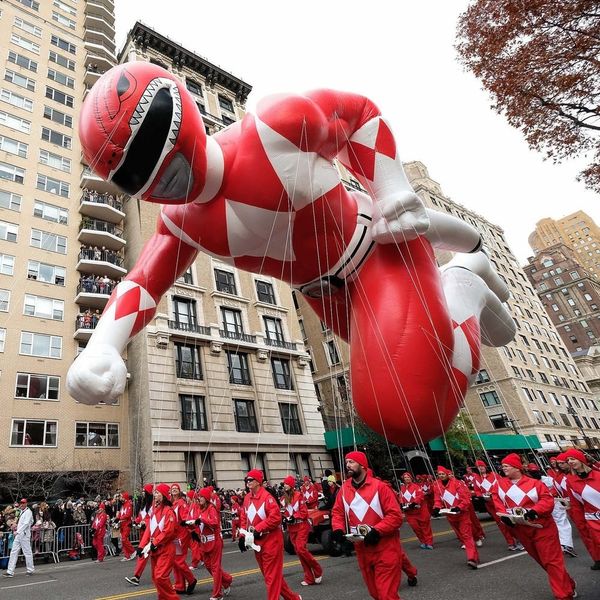 There’s a lot to keep you entertained this holiday weekend, from Turkey Day specials to classic TV episodes, but no Thanksgiving is complete without the 2017 Macy’s Thanksgiving Day Parade. Here’s all the info you need to know about the big event!

The 91st Macy’s Thanksgiving Day Parade will start at 9am ET and last until noon on Thursday, November 23. NBC is the parade’s official broadcaster, and they’ll be airing the entire event with Today show hosts Matt Lauer, Savannah Guthrie, and Al Roker.

You can also watch all of the action online by logging onto nbc.com/live or by checking out the Watch NBC app.

For viewers who don’t have cable TV subscriptions, the network has decided to partner with Verizon to provide a very cool 360-degree livestream via Verizon’s YouTube channel.

If you’re not sure whether to tune in, the lineup of talent set to perform might just sway you. Along with Gwen Stefani and Andy Grammer, you’ll be seeing 98 Degrees, Bebe Rexha, Flo Rida, Wyclef Jean, Patti LaBelle, the Goo Goo Dolls, the Rockettes, and the casts of Broadway shows including Anastasia and Dear Evan Hansen.

As for the parade’s famous balloons, you’ll see all of the usual suspects, including the Red Power Ranger, SpongeBob SquarePants, and Macy’s beloved holiday tree decorations. But there’s a new kid on the block too: Olaf from Disney’s Frozen will be making his big debut.

Back on the ground, look out for “The Colonel’s Road Trip To NYC” float by KFC, a “Winter Wonderland” display from Delta Air Lines, a “Parade Day Mischief” float from Sour Patch Kids, and a “Tom Turkey” float from Bravo’s Top Chef.

Will you be watching the 2017 Macy’s Thanksgiving Day Parade? Let us know @BritandCo!