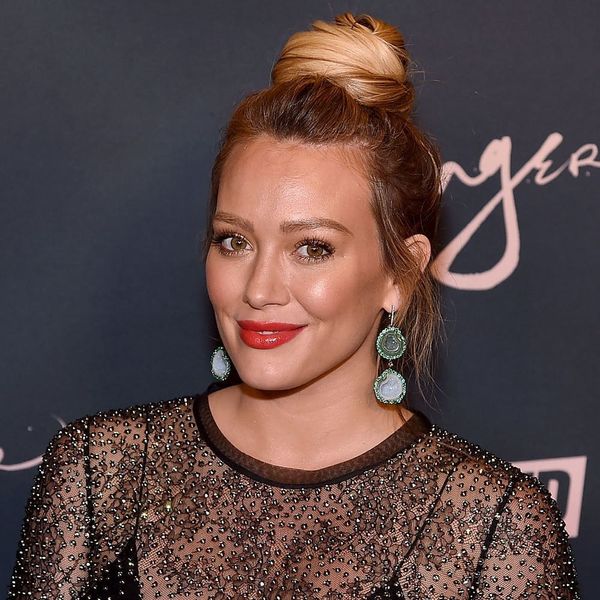 Hilary Duff’s son is already pretty good at being a big brother. Duff revealed last week that she and boyfriend Matthew Koma are expecting a baby girl, and on Monday she shared that her 6-year-old son, Luca, knows just what he wants to name her.

“Luca thinks Cafont Croissant is, like, the coolest name,” Duff told James Corden on The Late Late Show. “When I just refer to it as ‘Cafont,’ and I’m like, ‘That would be so cool, nobody at school’s gonna be named Cafont,’ he’s like, ‘Croissant. Cafont Croissant.’ It, like, goes together, there’s no separating the two.”

Corden was on board with little Luca’s suggestion, and by the end of the interview, Duff admitted that she was convinced it just might be a good name option for her little girl — if that is indeed what they’re having. “[Luca] told his friends at school the other day that he’s having a sister that’s part red-butt monkey, so we’ll see,” Duff joked.

The Younger star revealed her pregnancy in an Instagram post on June 8. “Guess what, guys! @matthewkoma and I made a little princess of our own and we couldn’t be more excited!!!!!!” she captioned a photo of herself and Koma. The proud father-to-be shared the same pic of the pair snuggling, writing that their future daughter “will be as beautiful and sweet as her mother.” Duff shares Luca with with her ex-husband, Mike Comrie.

What do you think of little Luca’s name suggestion? Let us know @BritandCo!