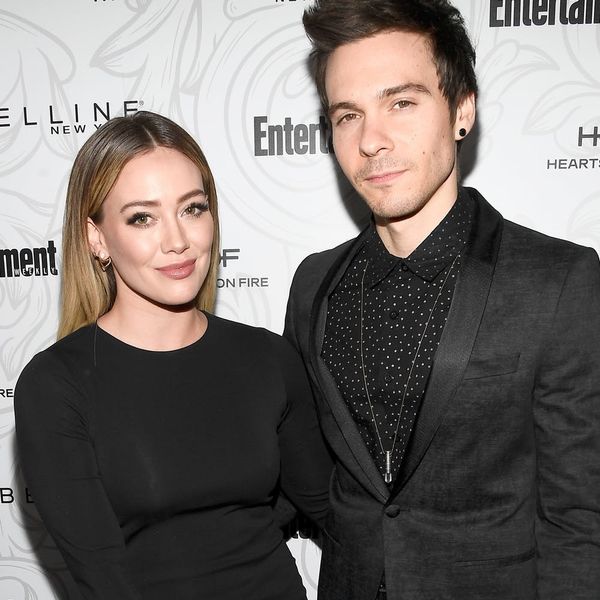 When Hilary Duff made her relationship with Matthew Koma red carpet official back in January, fans were definitely shipping the actress and her musician/producer bae. Things appeared to cool off just a few months later, however, as she was spotted getting cozy with Ely Sandvik, the CEO of SOLr Energy Consulting, this past July. Now, it looks like the Duff + Koma romance just may have been rekindled.

On Thursday, the Younger star posted a photo gallery of pics to Instagram which featured shots from her recent 30th birthday party. While there were plenty of adorable snaps of the RL Lizzie McGuire living it up, there was also another familiar face spotted in the group in — you guessed it! — Koma.

If there was any doubt about it having been Koma in the photo, the 29-year-old Brooklynite put them to bed when he also shared a shot from the birthday bash, and, from the looks of things, sparks were most definitely flying between the two: Just look at those smiles! “#tBt birthday girl,” he wrote.

Though the couple hasn’t commented on their maybe relationship, it was all the proof fans needed, leaving comments like “OMG LOVE this couple” and “Wait, I hope this means you guys are back together!”

Duff, who was married to retired NHL player Mike Comrie from 2010 until their divorce was finalized in 2016, is the mom to five-year-old Luca Cruz, which means she’ll have plenty of love in her life no matter what her romantic status happens to be.

Have you ever rekindled a past romance? Let us know @BritandCo!