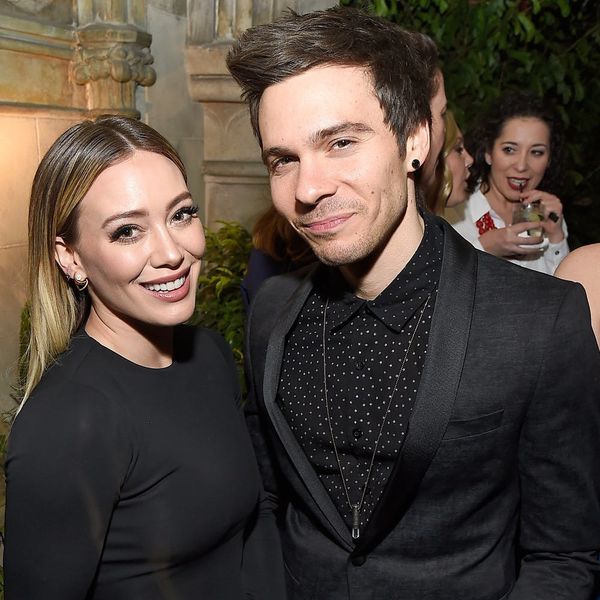 In a year that has been full of sad celeb breakups, there have also been a few hopeful reconciliations: Selena Gomez and Justin Bieber revived their long-running relationship after a lengthy break, and now, after rumors of their reunion, Hilary Duff has confirmed that she’s back with ex-boyfriend Matthew Koma.

“It’s going so great,” Duff said of her rekindled romance on a recent appearance on The Talk. “I mean, this is the third time that we’ve dated and I think that what [Gomez] says has so much merit to it.”

The Younger star was referring to a recent interview with Gomez in which she, while not mentioning Bieber directly, spoke about the impact age and timing can have on a relationship. “I’m 25. I’m not 18, or 19, or 20,” Gomez said. “I cherish people who have really impacted my life. So maybe before, it could have been forcing something that wasn’t right. But that doesn’t mean caring for someone ever goes away.”

Duff doubled down on the sentiment, saying that the stars have aligned for her and Koma to give things another go. “Timing is such a big deal… third time’s a charm!”

Koma, a musician and music producer, was first spotted by Duff’s side back in January, when he accompanied her to a pre-SAG Awards party. The two split sometime between then and the summer, but seemed to be back together earlier this fall. While the couple’s entire timeline isn’t quite clear, Duff seems confident that all of their time together — and apart — is what led them back to each other.

“I think that you have history and a past with someone, and love, and just because it doesn’t work out the first time, the second time, as long as there’s not too much damage done, then it can always work out again.”

Have you ever gotten back together with an ex? Let us know @BritandCo!