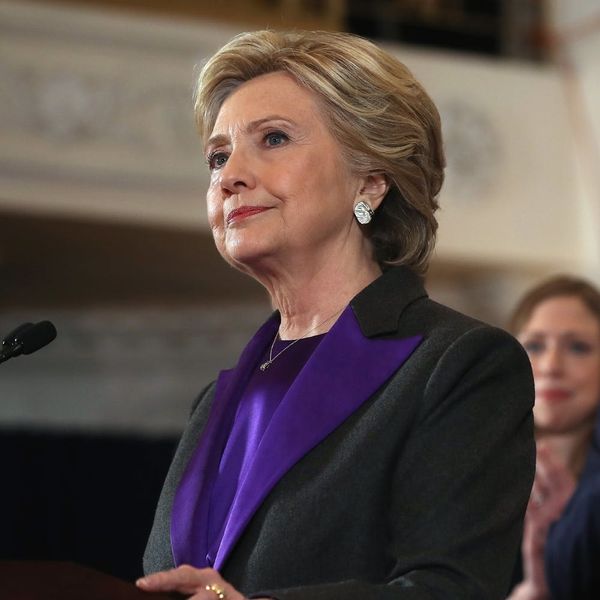 Last week, the New York Times reported that during Hillary Clinton‘s original run for the Democratic presidential ticket in 2008, one of her staffers was accused of sexual misconduct. At the time, Burns Strider (a “faith adviser”), was accused by a younger member of the team of repeated sexual harassment. When the former first lady was alerted to the accusation, Clinton did not opt to fire him.

This decision has come back to haunt Clinton and landed the retired politician in hot water. And it was while all eyes were on DC for the SOTU address that the 70-year-old decided to comment on the move that kept Strider employed by various Democrat organizations over the last decade.

In a lengthy Facebook post, Clinton addressed the NYT story head-on, explaining that if she had a chance to do it all again, she wouldn’t do anything the same way. Clinton says the first allegations against Strider were brought to her attention in 2007. At the time, she decided to demote Strider, dock his pay, and separate him from the women in the office.

“I didn’t think firing him was the best solution to the problem,” Clinton wrote. “He needed to be punished, change his behavior, and understand why his actions were wrong. The young woman needed to be able to thrive and feel safe. I thought both could happen without him losing his job. I believed the punishment was severe and the message to him unambiguous.”

The former Secretary of State says she’s a firm believer in second chances, but that she understands that those chances are often squandered. She goes on to write that this was the case of Strider, who went on to be employed by a Democratic SuperPAC fundraising group where he was yet again accused of harassment by a staffer.

When the story of harassment broke last week, Clinton says she reached out directly to the woman affected in the first place, writing, “[the victim] expressed appreciation that she worked on a campaign where she knew she could come forward without fear. She was glad that her accusations were taken seriously, that there was a clear process in place for dealing with harassment, and that it was followed. Most importantly, she told me that for the remainder of the campaign, she flourished in her new role.”

I wrote a Facebook post about a decision I made 10 years ago, what’s changed, & on an issue you didn’t hear a single word about tonight. Take a look. https://t.co/itPfGtIMOM

With Clinton feeling reassured that things did work out well for the women involved at the time, she admits that a changing tide in the world is not only long overdue but forcing men and women to rethink how their lives have been affected by cultural norms.

“No woman should have to endure harassment or assault – at work, at school, or anywhere,” Clinton clarified. “And men are now on notice that they will truly be held accountable for their actions. Especially now, we all need to be thinking about the complexities of sexual harassment, and be willing to challenge ourselves to reassess and question our own views.”

“In other words,” she continued, “everyone’s now on their second chance, both the offenders and the decision-makers. Let’s do our best to make the most of it.”

Although Clinton admits that the chain of command and outcome were uncommonly woman-centric in her campaign office, she admits that one of the reasons that it’s taken her so long to respond was that she really had to dig deep and consider exactly the best way for her to share her thoughts on the incidents in question.

“I hope that my doing so [speaking about the 2007-08 charges] will push others to keep having this conversation — to ask and try to answer the hard questions, not just in the abstract but in the real-life contexts of our roles as men, women, bosses, employees, advocates, and public officials,” she concluded.

“I hope that women will continue to talk and write about their own experiences and that they will continue leading this critical debate, which, done right, will lead to a better, fairer, safer country for us all.”

What do you think of Hillary Clinton’s response? Let us know @BritandCo!