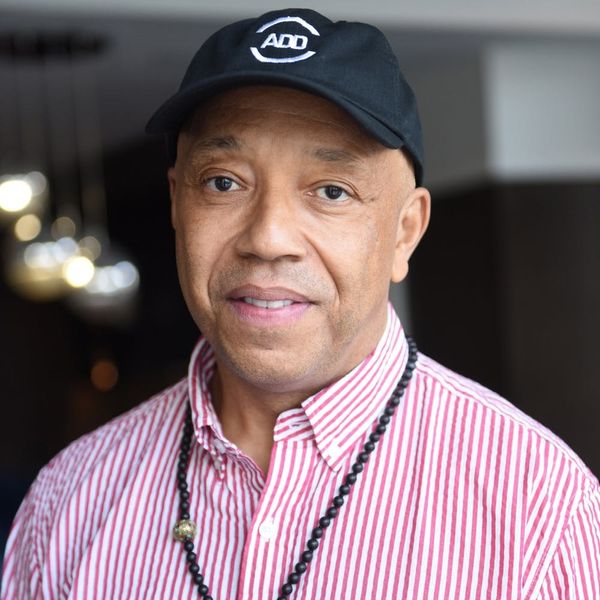 Late last month, several women came forward to allege that hip-hop mogul and Phat Farm creator Russell Simmons had harassed or raped them as young women during the rise of the millionaire. Yesterday, four more women came forward, with three of them alleging that the 60-year-old executive raped them sometime between 1988 and 2014.

Although Simmons stepped down as head of his communications firm in light of the allegations, today, he released a full statement denying his actions, claiming every relationship he ever had was consensual.

Taking his statement to The New York Times (who broke the latest story against him), Simmons said, “I vehemently deny all these allegations. These horrific accusations have shocked me to my core and all of my relations have been consensual.” Last month, the allegations first surfaced after Simmons and his longtime friend Brett Ratner were accused of assault by a then-17-year-old up-and-coming model and actress named Keri Claussen Khalighi.

Khalighi alleges that Ratner and Simmons were complicit in her assault at the hands of Ratner, with Simmons watching. After Khalighi’s story broke, writer Jenny Lumet (daughter of Hollywood legend Sidney Lumet) came forward with her own story, which she detailed in The Hollywood Reporter.

Lumet says that after years of a casual friendship with Simmons, he eventually forced her into an apartment, and raped her, although Simmons responded by saying he believed the encounter was consensual. “I know Jenny and her family and have seen her several times over the years since the evening she described,” he said in his statement when stepping down from Def Jam and Rush Communications.

“While her memory of that evening is very different from mine, it is now clear to me that her feelings of fear and intimidation are real. While I have never been violent, I have been thoughtless and insensitive in some of my relationships over many decades and I sincerely and humbly apologize.”

Yesterday’s accusations against the producer came from women who all worked under Simmons, hoping to get musical careers started. They all told The Times that the price they paid was their physical safety, and that when Simmons was done with them, their careers were over — partially out of fear, and partially out of hurt from the alleged attacks.

In his statement for The Times, Simmons goes on to say that all his relationships have been wonderful, and he feels grateful to have been in them, then goes on to argue that anyone who is accusing him now is doing so for financial gain. As of press time, there is no record to indicate that anyone who has accused Simmons of rape is asking for compensation.

“I have already apologized for the thoughtlessness in my consensual relations,” Simmons concludes. “I have rededicated myself to spiritual learning, healing and working on behalf of the communities to which I have devoted my life. I have accepted that I can, and should get dirt on my sleeves if it means witnessing the birth of a new consciousness about women.”

“What I will not accept is responsibility for what I have not done,” Simmons contends. “Although I have been candid about how I have lived in books and interviews detailing my flaws, I will relentlessly fight against any untruthful character association that paints me as a man of violence.”

What do you think of Russell Simmons denial? Tell us @BritandCo!