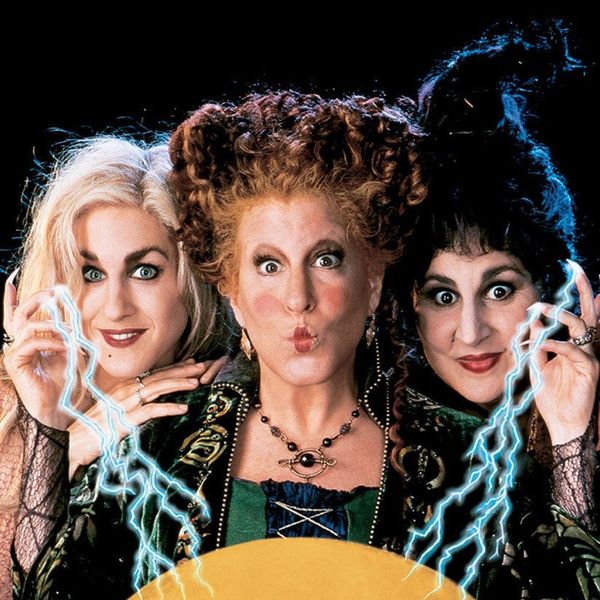 Just in time for Halloween, we’ve got the most bewitching news for you. It turns out there’s a beauty line themed after Hocus Pocus, and it’s sure to put a spell on you.

The Wonderland Magic Bath Company, who are best-known for their Disney parks-inspired bath products, have just launched a line of Hocus Pocus bath goodies, and they’re positively spellbinding.

The Hocus Pocus collection comes with two homemade scents — “It’s Just a Bunch of Hocus Pocus,” which smells like “fresh from the oven apple cider donuts,” according to the brand’s site. “Crisp, juicy apples blended with warm cake and hints of cinnamon and caramel,” or, you know, like the donut-version of the apple cider Allison offered Max and Dani at her parents’ Halloween party.

The second scent, which must be read in Bette Middler’s voice, is called “Sanderson Sistas,” and it smells like “a mixture of spices and three scents: cranberry, apple and pumpkin.”

Fans can snag the brand’s luscious Whipped Body Scrub ($16), Shower Frosting ($16), and Body Cream ($16) in both scents, and it’s basically all treats and no tricks here, because you get eight ounces for the cost! Now you can go ahead and light those Black Flame candles and enjoy a spooky bath-time indulgence, and we won’t even tell if you enjoy it long after Halloween is over. That’s just… bewitching, if we do say so ourselves.

Will you be buying these Hocus Pocus-themed bath goodies? Tweet us a photo @BritandCo.

Happy 4/20! Celebrate (and Chill Out) With These CBD Products

These Are the Best Everyday Face Sunscreens of 2019

17 Beauty Products That Belong In Your Beach Bag STAT

6 Gel Eye Pencils When You Can’t With Liquid Liner