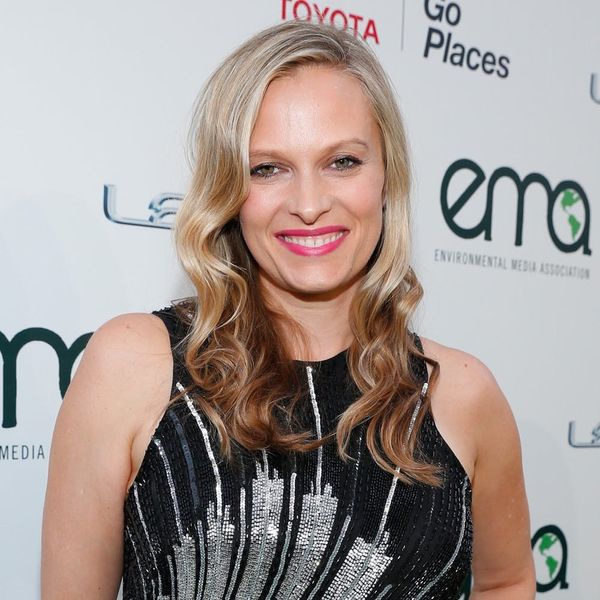 When Hocus Pocus star Vinessa Shaw posted a perfectly witchy pregnancy announcement back in August, she probably couldn’t have imagined the wild ride she would experience over the next few months. But that ride is about to get even wilder, as the actress recently welcomed her first baby into the world.

Shaw — who played Max’s love interest, Allison, in the beloved 1993 movie — revealed on Instagram that baby Jack made his big entrance on February 20. She also shared that the little one (who weighed in at 9 pounds and 9 ounces) was two-and-a-half weeks late, and that Jack was born “after a long labor with many complications.”

Shaw didn’t go into detail about what the complications were, but she did say they “went through a lot” and that her “plans of having a natural birth were derailed.” Thankfully, she had some incredible people helping her through it. “With the support of so many people: family, midwives, and hospital staff, we came out victorious, healthy, and happy!” she wrote.

The first-time mom added that she and her husband, graphic designer Kristopher Gifford, “are overjoyed about [their] new little addition!”

Overjoyed — but exhausted (understandably). “Okay that’s all,” she concluded her post. “Too tired to write anything else. Nap time! 😴😴😴 #happymommy #happyfamily #champions.”

We’re sure both she and baby Jack could use some rest after what they’ve been through. Congratulations to the happy family!

Did you go past your due date? We’d love to hear your story (and advice for other overdue moms) @BritandCo!