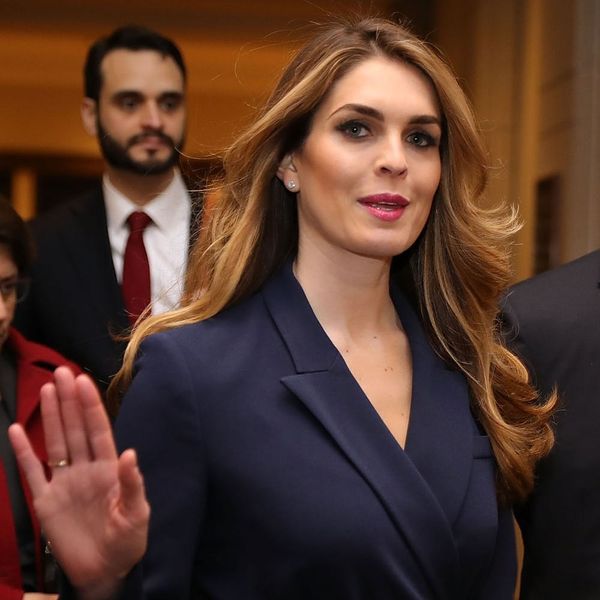 One of President Trump’s longest-running and closest advisers is resigning. Hope Hicks, the White House Communications Director, announced in a statement on Wednesday that she would be leaving her position, according to the New York Times.

President Trump responded to the news in an official statement of his own. “Hope is outstanding and has done great work for the last three years,” the statement said. “She is as smart and thoughtful as they come, a truly great person. I will miss having her by my side but when she approached me about pursuing other opportunities, I totally understood. I am sure we will work together again in the future.”

According to the NYT, Hicks had been considering a leave for some time, having felt that she had accomplished all she could in the role. So far, there has been no indication as to whether the 29-year-old will be taking on a new role elsewhere, or when her official resignation date will be, although the Times reports that she’ll leave “in the coming weeks.”

On Tuesday, Hicks testified for over eight hours before the House Intelligence Committee as part of the ongoing investigation into Russia’s interference in the election. She reportedly admitted to occasionally telling “white lies” for the President, though not in regards to the Russia inquiry.

Hicks made history as the youngest-ever White House Communications Director. The former model first started working with the Trump name in 2014, when she joined Ivanka’s fashion line to handle PR. Eventually, she joined President Trump’s campaign.

Her departure comes as the latest in a long line of high-level officials who have either left or been fired from the administration since Trump took office. Most recently, Rob Porter abruptly resigned as White House Staff Secretary after two of his ex-wives accused him of physical and emotional abuse, and even after Trump seemingly stood behind the staffer.

Are you surprised to hear Hope Hicks is leaving the Trump administration? Let us know @BritandCo.