How Does Gluten End Up in Beauty Products? 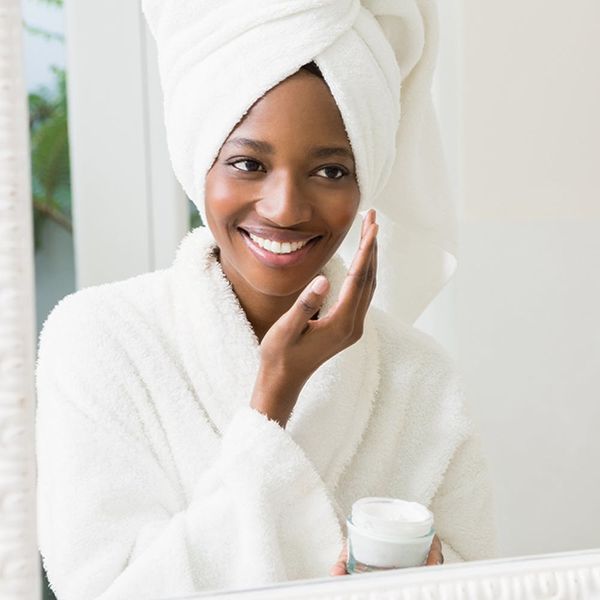 The connection between beauty and diet is closer than you realize. But what happens when a food intolerance that you’ve managed to get under control creeps into your skincare and makeup? With more brands touting gluten-free formulas, we got to wondering how it ends up in beauty products to begin with. If you suffer from celiac disease, or just prefer to go without the gluten, take notes from two experts who helped us figure out if you should do a product overhaul.

The Beauty Benefits of Gluten: Let’s first take it back to what this stuff actually is. Gluten is a combo of two proteins found in wheat that, when added to food, helps it keep its shape — kind of like a glue. In beauty products, it serves a different purpose. Whitney Bowe, dermatologist and author of The Beauty of Dirty Skin, explains. “Wheat, and its proteins including gluten, is incorporated into skincare products because of its moisturizing benefits. Gluten is a wheat protein that can be found in a number of shampoos, conditioners, soaps, and creams, and it has been shown to trap moisture, making those products hydrating and especially moisturizing.” It’s also often used in a lot of mascaras to help strengthen lashes.

What to Look For: Cosmetics chemist Kelly Dobos explains that gluten is not a typical cosmetic ingredient and not always directly added to any cosmetic. “If there is an ingredient derived from wheat it may be present,” she says. If the front label of your product doesn’t explicitly say gluten-free, check the ingredient list for terms like wheat, rye, barley brewer’s yeast, and triticale (a wheat and rye hybrid). It may also say hydrolyzed wheat protein and hydrolyzed wheat gluten. These are actually wheat derivatives, so they may have the same effects as traditional gluten. “They’re used as skin and hair conditioning agents in cosmetics, but they have been processed in a way to modify the size of the molecule so that so that they are far less likely to cause irritation,” says Dobos. Meaning these wheat by-products aren’t small enough to actually penetrate the skin, but Dobos says that it’s best to avoid these too, especially near the mouth or broken skin.

Ingesting vs. Applying: If you’re sensitive or intolerant to gluten in your food, just know that eating it and rubbing it on your skin are two completely different pathways that don’t necessarily have the same effect. Bowe notes that many websites say that gluten is only an issue if used in skincare products that come close to the mouth/lips — meaning that it can’t penetrate through skin — but she disagrees. “My interpretation of the scientific literature, as well as my experience with my gluten-sensitive patients, proves otherwise,” says Bowe. She suggests that while most people shouldn’t have a problem using gluten-infused skin or makeup products, the condition of your skin might be the real determining factor. “If you suffer from eczema or another skin condition that compromises your healthy skin barrier, these proteins can potentially penetrate and interact with your skin’s immune cells, stirring up trouble,” Bowe adds.

Weighing the Risks: Both Bowe and Dobos agree that gluten in skincare shouldn’t be a huge concern — unless you have known sensitivities, in which case it’s worth avoiding just to be safe. “I don’t believe that everyone needs to worry about gluten in their skincare products, but if you know you are very susceptible to gluten-related issues, and you have a skin problem that you can’t seem to remedy, it can’t hurt to cut out gluten-containing skincare and see if your issue resolves,” says Bowe. Dobos adds that there hasn’t been definitive evidence that cosmetics can cause the same level of sensitivity to gluten as through ingestion — but knowledge is power.