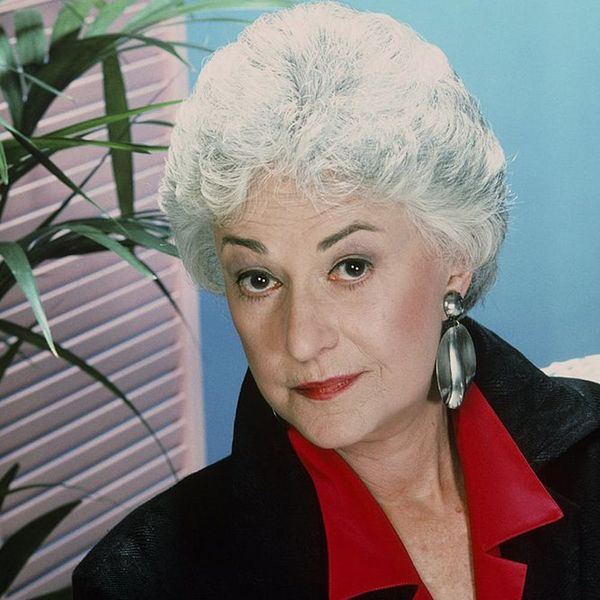 Many of us millennials may not know that Bea Arthur, one of the beloved old-lady roommates on The Golden Girls (holla, Dorothy!) was first on All in the Family (and had her own spinoff, Maude, after that). Whatever show you know her from, if you watched her while growing up, her skill as a dope as heck comedienne probably left its mark.

Bea died a few years ago, in 2009 at age 86. By that time she had become an established gay icon; on her passing, Gawker explained that “her striking frame, raspy voice, and taste for one-liners made her a natural subject for female impersonators,” and that she was flattered to have inspired such imitations. And she didn’t forget her fans when she passed: Bea bequeathed a generous gift of $300,000 to the Ali Forney Center, which works with homeless LGBT youth in New York.

One of the outcomes of that donation will open to the public next year: an 18-bed shelter named the Bea Arthur Residence is expected to open in February 2017 and will be located at 222 E. 13th Street in Manhattan.

While she was alive, Bea was a fan of the center, praising it publicly and remarking that it “really is saving lives.”

That’s certainly true: LGBT people still face significant discrimination, and studies have found that around 40 percent of homeless youth identify as part of the LGBT community.

She may have passed from this earthly realm, but Bea Arthur is still making her presence felt.

Tannara Yelland
Tannara is a freelance writer and editor, an occupation perfectly suited for her affection for drinking too much coffee and keeping odd hours. She usually writes about politics, economics, and pop culture. Some day she will put to use the hundreds of hours she's spent watching Say Yes to the Dress and write THE definitive analysis of the show.
LGBTQ
Politics
LGBTQ Politics