How to Ask Someone Out Without Being Weird About It 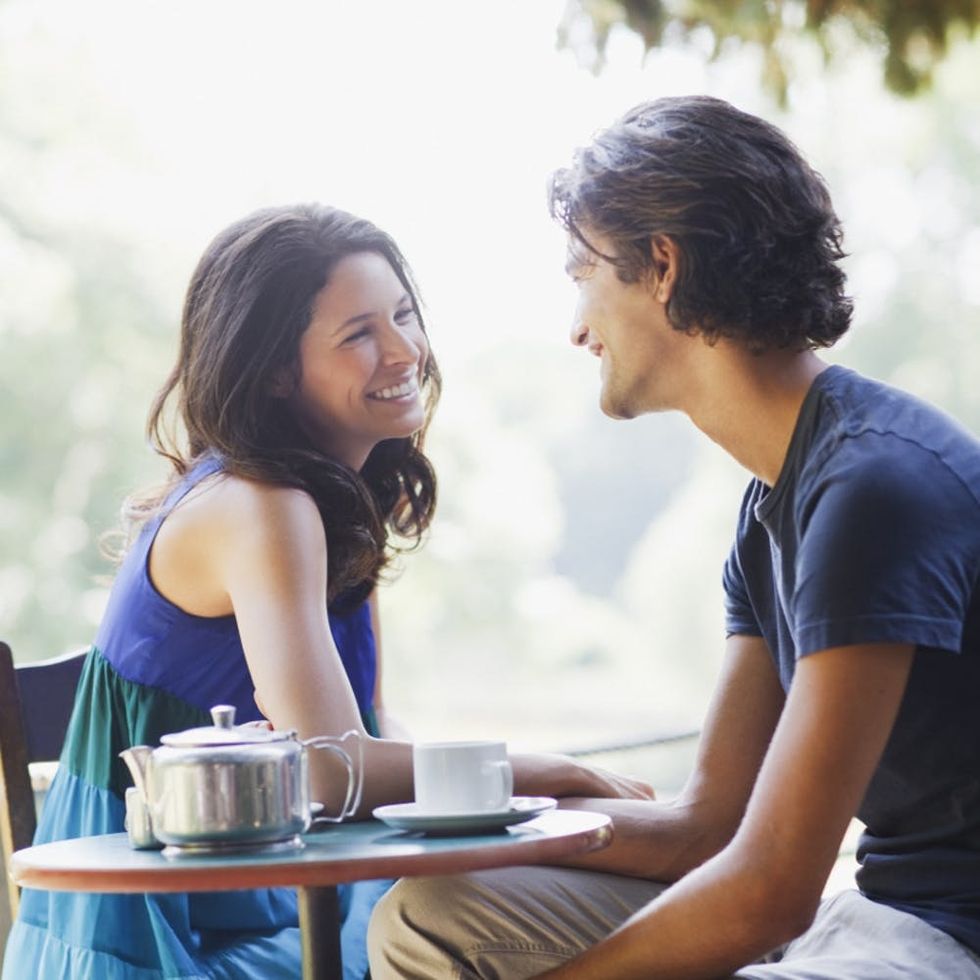 At this point in your life, you probably know how to successfully ask for a lot of things you want (like a raise). But what if the thing you want is a relationship? Trying to make it to a second date after someone else asks you out is scary enough — asking for the first one yourself might feel more than a little strange. However, if you work in a playful date idea and channel some Olivia Pope-esque confidence, you can stop pining and start pursuing.

1. Confidence is everything. When you ask for anything in life — a job, a promotion, the last chocolate donut from the box — the thing that often gets you what you want is how confident you seem when you ask. In the case of proposing a date, this level of confidence is key, because it will signal to your potential bae that you know who you are and what you want.

2. Set a specific time. It’s a lot easier to make this big ask if you nail things down. Rather than generally suggesting that you and your crush grab dinner sometime (which could lead to pushing things back or the date not happening at all), ask, “Would you like to go to that new pizza place with me on Friday night?” That way, the question comes out much more direct and solicits a solid yes or no response. Plus, it gives an opportunity for them to respond in a way that makes it clear whether a “no” is really about their schedule rather than their interest in you.

3. Don’t be (too) afraid of rejection. The hardest part of asking someone out is the possibility that they might not say yes. A huge part of having the confidence to ask someone out is also having the confidence to bounce back if they say no. (But why would they, right?!) Trust that someone who’s a good potential match will be as into you as you are into them — if they take a pass, they’re saving you time and effort figuring out you’re not compatible.

4. Capitalize on commonalities. If you’re thinking up date ideas, use common interests as a starting (and selling) point. For example, if you’re both into a certain type of music or band, ask them out to a show. If you both enjoy being outside, offer to spend time hiking or biking together. No matter what you both like to do, asking someone out is way easier if there’s a fun, mutually loved activity involved.

5. Have an extra ticket. Speaking of activities, a sly, casual way to ask someone out is to offer up an extra ticket to a show, concert, or sporting event. You can even accomplish this over text with something like, “Hey! I scored an extra ticket to the bleachers at the Cubs game this weekend. You in?” Setting them up like they’re doing you a favor keeps things low-key while sneaking in a chance for some one-on-one time.

6. Drop hints. If you’re feeling nervous about straight-up asking, one option you have is to drop hints about hanging out together. Depending on how often you see each other, you can use that time (or your interactions on social media and texting) to make your motives more clear. Be on the lookout for hints coming back — if you’re both nervous, one of you will have to eventually make the move to bring things out in the open.

7. Make it a group thing. Another way to circumvent actually having to ask is starting slow with a group hangout. If you and your crew always go to a certain bar after work on Friday or have big plans to head to the beach, invite your crush to tag along — that way, you can have time together while keeping the vibe casual.

What are your tactics for asking someone out? Let us know @BritandCo!

Gabrielle Gresge
Gabrielle Gresge is a Chicago native and journalism student at the University of Missouri. While not chasing deadlines, she enjoys giving campus tours, exploring her new home, and missing her old one. She loves to write about these experiences in her own handwriting at gabriellegresge.wordpress.com.
Dating
Relationships
DatingloveRelationship Advice