How to Deal With the Silent Treatment in a Relationship 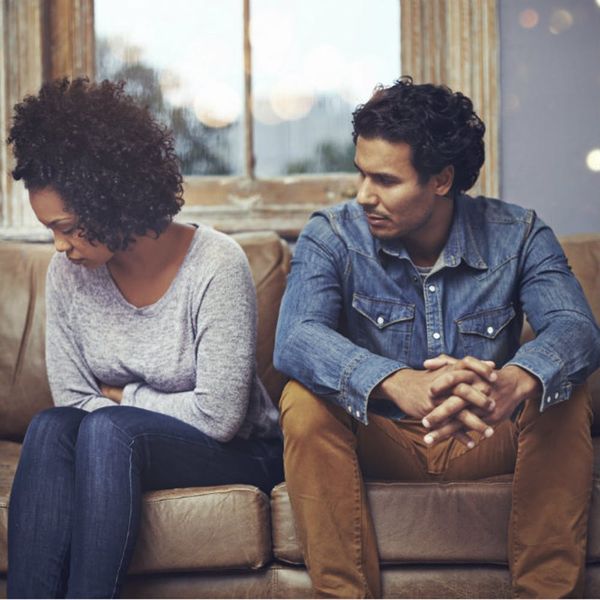 There are some things you should totally say during a time of conflict with your partner — and there are some things that you totally shouldn’t. But what if your partner’s conflict style is to say… nothing at all? Whether the reason you’re fighting is as mundane as a missed date or as serious as cheating, the silent treatment is a pretty big roadblock to getting over a relationship struggle. Lisa Concepcion, dating expert and founder of LoveQuest coaching, has some explanations for why people use this tactic and how to deal when your partner does it to you.

“Typically, people go silent when they are too angry and don’t want to communicate until they have had time to collect themselves, process their emotions, and then discuss from a place of love,” she said. “They also use the silent treatment as a passive aggressive way to manipulate someone to agree to conditions.”

For these reasons, it might be tempting to react to the silent treatment aggressively. However, Concepcion recommends starting with a different approach: empathy. By approaching your friend/partner from this place, you’ll send the message that your relationship is more important than the issue at hand. “The best way to confront this is from a place of concern,” she said. “Asking someone if they are okay because they seem a bit quiet is a non-confrontational way to engage them. It also shows them that you’re too self-loving to tolerate any passive aggressiveness and unspoken resentment.”

If your friend or partner doesn’t respond to kindness, Concepcion says that the next step is to simply be honest with them. Sometimes, being direct will jolt that person into talking about their feelings so you can work toward a solution. “We teach people how to treat us,” Concepcion said. “So when someone gives the silent treatment, let them know that you know what they’re trying to do and that it’s not permitted. Period.”

As a last resort, simply ask your friend or significant other when they’ll be ready to speak to you again. In the meantime, Concepcion recommends doing the only thing you can do in these types of situations: Focus on your own happiness.

How do you deal with the silent treatment? Let us know @BritandCo!

Gabrielle Gresge
Gabrielle Gresge is a Chicago native and journalism student at the University of Missouri. While not chasing deadlines, she enjoys giving campus tours, exploring her new home, and missing her old one. She loves to write about these experiences in her own handwriting at gabriellegresge.wordpress.com.
Dating
Relationships
Dating love marriage Relationship Advice
More From Relationships