This Is Why Millennials Have Quarter-Life Crises 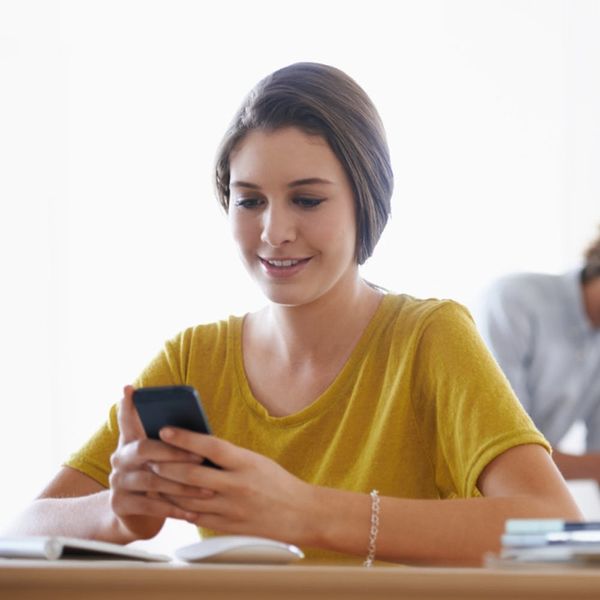 According to a new study from LinkedIn, the fabled quarter-life crisis isn’t a myth; in fact, a whopping 75 percent of 25- to 33-year-olds say they’ve experienced feeling insecure or at a crossroads, making it impossible to trust their gut. You might be in the midst of a crisis without realizing it, suffering from feelings of doubt about your personal goals and career choices. Read on to uncover three common causes of the quarter-life crisis and see if they resonate with you.

1. Pressure to Be “Passionate” About Work: To get some legit stats, LinkedIn talked to thousands of young professionals around the world to learn about whether or not they believe they’ve experienced a crisis, along with what caused it and how it’s affecting their career. The research team learned that young people put a ton of pressure on themselves to find a job they’re passionate about, with 61 percent of respondents saying they believe it was the number one cause of their crisis. Even more, making comparisons ranked high on the list of crisis causes — nearly half of young professionals noted that they feel bad when stacking themselves up against friends and their career milestones.

Sound like you? It’s essential to learn how to quit the comparison game and accept that each person has a totally unique journey. Do your best to remember that life is a marathon (which requires intent and endurance), not a sprint.

2. Lacking Support to Learn and Grow: To maintain a healthy headspace, it’s key to remember that you’re not alone; in fact, seeking sound, unbiased advice can make a big difference when it comes to weathering work insecurities in your 20s and early 30s. The problem? According to LinkedIn, many young professionals just don’t know where to turn. 56 percent of people who responded to the survey say they want to figure out what’s next but aren’t sure how to do it, while 41 percent feel they’re lacking support at work. What’s more, 43 percent of young people realize a mentor might be able to help, but told researchers they don’t have the right connections to find one.

If this rings true for you, try stepping outside of the box. You can find a mentor in some unlikely places (no connections needed!) and get guidance from a more flexible and less traditional mentoring relationship, like occasionally via email. Career website Career Contessa is a great place to purchase sessions with brilliant professionals, and LinkedIn just launched a new Career Advice section that might serve as the perfect place to get advice about ideas or issues you have. Connecting with someone who has been there and done that is sure to bring some relief.

3. Craving a Job, Industry, or Career Change: While people in previous generations often found a company or job that paid the bills and stuck with it right up until retirement, advancing technology and flexible work options have changed the way millennials carve out their career paths. In fact, LinkedIn found that more than a third of respondents had already switched their role or industry. Feelings of uncertainty have also prompted young professionals to take time off to evaluate what they want to do for work, and 10 percent say they’ve made the transition to temporary or freelance-based jobs. That’s major!

Making a big change is definitely exciting, but it can cause a ton of stress too. If you’re looking to make a leap, doing research is a great place to start. You can scour Google search results to learn about different jobs and industries that interest you and read about specific companies on LinkedIn or Crunchbase (which is great for startups). Talking with a mentor or a career transition coach can help too. Looking to branch out on your own? Brush up on business basics, learn how to create a solid plan, and start figuring out how to position yourself to acquire clients. The more you learn, the more confident you’ll become.

Have you suffered from a quarter-life crisis? Tell us what helped get you through it on Twitter @BritandCo.

Krista Gray
Krista Gray is a web producer and freelance writer who lives in San Francisco. When she's not working with clients through her company GoldSquare, she loves reading, traveling, and learning new things.
Career
Work
Career Career Advice study