How to Take Your Activism to the Next Level in 2018 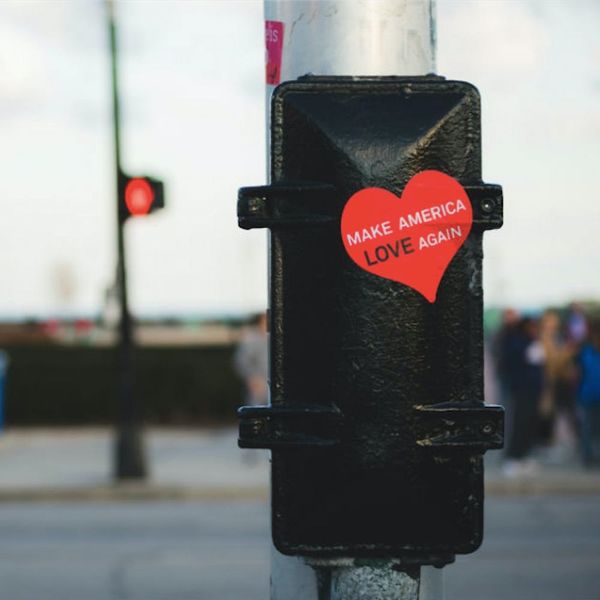 Maybe 2017 was the first year that activism became a big part of your life, or maybe you’ve been marching and protesting and volunteering your time since the ninth grade (or before). Either way, it doesn’t look like 2018 will be the year activists get to sit back, put their feet up, and binge re-watch all 14 seasons of Grey’s Anatomy. (Sorry.) With Christmas come and gone and Santa having forgotten to leave world peace, equality, and tolerance wrapped up under the tree AGAIN, it’s on us to keep working to make even more of a difference in the coming year.

Did you proudly wear your pink pussyhat to the Women’s March last January? Did you boycott Black Friday in November? Did you reach out to share your story and support friends when the #MeToo movement took off? Did you spend time volunteering at a local organization you care about? If you ticked all those boxes and more, it’s time to take your talent and passion for activism to the next level.

If demonstrations and protests are your thing, try getting involved in organizing. It’s not as intimidating as it might seem.

Instead of jumping directly into the deep end to try to pull together a march or protest on your own, become the organizer in your social network. The next time there’s a rally in your city, reach out to friends through social media and organize a group to go together. You can also host a sign-making party at your place beforehand or coffee and snacks after the march to discuss the issues (and get some inspiration for your next big move).

Political involvement is another way to make a serious impact. If you’ve never gone beyond showing up at the polls on voting day, a great place to start is to do some research on local candidates, find one whose values match yours, and volunteer at campaign time. Canvassing for someone you believe in will get you used to going door to door and talking about big issues and ideas with strangers. It’ll also give you some insight into the things that people care about and help you to build up a network of contacts in the political world.

Ultimately, it could even help you to find out if politics is for you, whether that means a career working behind the scenes or running for office yourself. Both are spaces that seriously lack the voices of women, the LGBTQ+ community, young people, and people of color — and that’s a change we’d like to see ASAFP.

What are your plans for making a difference in the New Year? Tell us about it on Twitter.

Corrina Allen
Corrina Allen is a film + television + travel writer from Toronto. Her journalistic goals include a backstage interview with David Byrne, the fictional character she identifies most closely with is John Wick, and her favorite dead person is Vladimir Nabokov. She never, ever Instagrams photos of her food (just her dog).
Activism
Empowerment
Activism Empowering Girls Politics