Idina Menzel Is Totally Behind #GiveElsaAGirlfriend 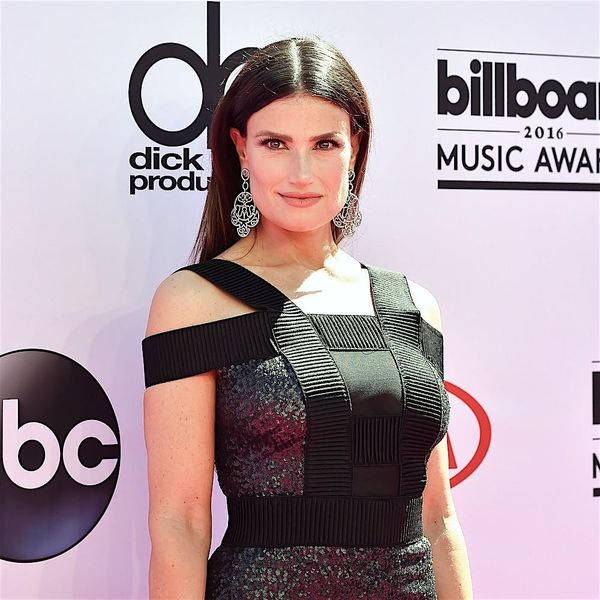 Sure, summer might be right around the corner, but that doesn’t mean Disney-lovers aren’t hotly anticipating the return of everyone’s favorite ice queen and her sister (and we’re not just talking about the Frozen musical). After Disney announced that their 2013 hit film Frozen would be getting a sequel, a Twitter user started the hashtag #GiveElsaAGirlfriend in hopes the movie co. would make an effort toward more representation and inclusivity. The hashtag went viral, and last night at the Billboard Music Awards, Idina Menzel, who voiced Elsa, had a few things to say on the matter.

Speaking to Entertainment Tonight, the 45-year-old star said, “I think it’s great that she’s stirring it up. Disney’s just gotta contend with that. I’ll let them figure that out.” The interviewer said, “I’m sure you’ll embrace it no matter what,” to which the actress emphatically replied, “No matter what.” You hear that, Disney? The queen has spoken, and she’s all for it. The fact that Elsa ended her first movie without a love interest is already in itself groundbreaking, but this. This would be absolutely landmark.

You can watch Idina’s whole red carpet interview below. Your move, Disney.

What do you think about Idina’s comments? Tweet us @BritandCo!

Kimberly Wang
Kimberly Wang writes about all things pop culture, tech, style, and beauty. She's a Bay Area transplant and has an MFA in Creative Writing from Columbia University. On a sunny New York day, you can find her hanging out with her mini schnauzer Isabelle Jellybean on a blanket in Central Park.
Disney
Pop Culture
Disney LGBTQ
More From Pop Culture