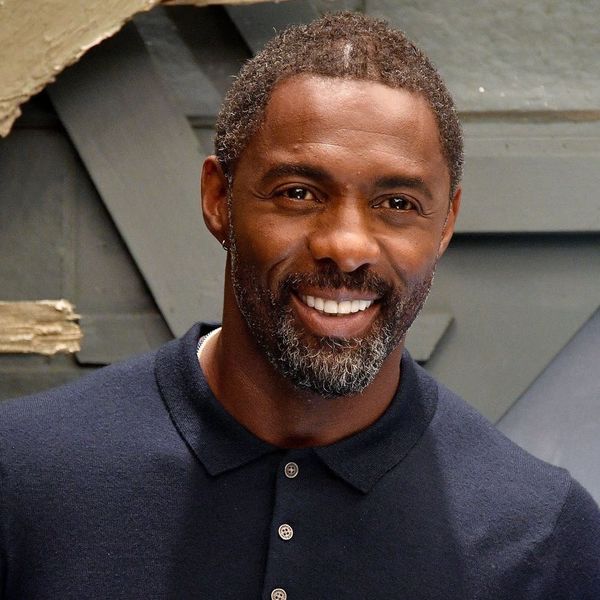 We loved pretty much everything about Disney’s live-action remake of Beauty and the Beast. Emma Watson was the perfect Belle, Dan Stevens was both dreamy and nightmarish as Beast, and Luke Evans played the fabulously conceited Gaston to a tee. But Evans obviously wasn’t the only big star who auditioned to play Belle’s abhorrently egotistical suitor — Idris Elba read for the part too!

“I honestly love musicals,” the dashing 45-year-old actor told People‘s Jess Cagle. “I auditioned for Beauty and the Beast. I really did, for Gaston.” How are we only hearing about this now?!

The Luther star then offered up a few more details about the situation, saying, “I called; I said, ‘Listen, I want in!’ They were like, ‘Ah, uh, ah, okay!’ So somewhere they have a tape of me singing.” (We absolutely need to see this tape.)

Unfortunately for us, Elba isn’t willing to recreate his audition any time soon. “Here’s the thing: No,” he flatly answered when Cagle suggested he share his audition with the world.

“Wait, was it not good?” Cagle asked, laughing, to which Elba replied, “Well, I didn’t get the part.”

It wasn’t necessarily because of his singing, though. Elba jokingly speculated that producers might have thought he was “a little old” for the part.

As for whether he resents Luke Evans, who eventually played the role, Elba quipped, “Only a little bit,” before adding a message directly to his fellow actor. “No, I love you, Luke, you know that. Great actor.”

We totally agree, but we still would have loved to see Idris Elba singing his heart out as Gaston while trying to woo Belle and battle the Beast.

Can you imagine Idris Elba as Beauty and the Beast’s Gaston? Let us know @BritandCo!