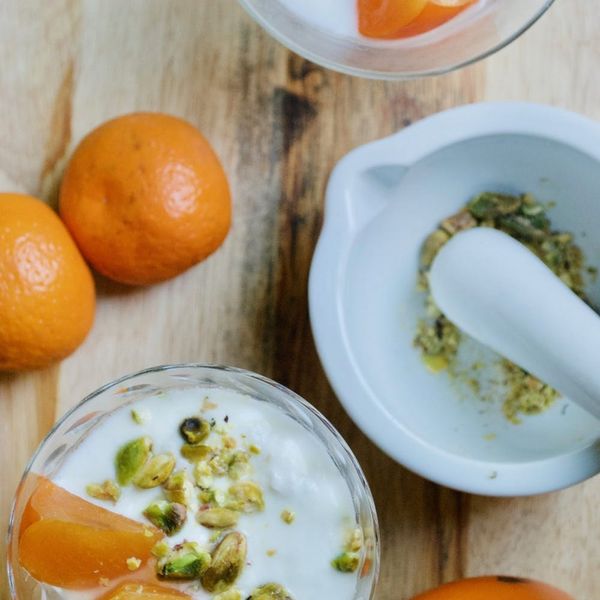 Recently I tried making yogurt in the Instant Pot, because I absolutely love yogurt. Parfaits, cocktails, or simply dressed with toppings — you name it, I’ve probably tried to put yogurt in the recipe. But at some point I realized that the quantity of yogurt I was consuming was becoming pricy, so I began making it myself. For months, I did things the old-fashioned way by heating the milk on the stove and wrapping the pot in a blanket to ferment overnight. Eventually I got good at the process and could churn out smooth, cream-topped yogurt for a fraction of the price that it would cost at the store, but then the Instant Pot came onto the scene.

We’ve all been hearing the glowing reviews of the Instant Pot and how it can magically perform the job of a slow cooker, electric pressure cooker, rice cooker, steamer, yogurt maker, sauté/browning pan, and warming pot all in one. If you were like me, you probably thought it sounded too impressive to be true. But I was so wrong. A couple of weeks ago, my mother got an Instant Pot. Needless to say, it was barely out of the packaging before I asked if I could borrow it. I just had to know if everything it claimed it could do was true — and I was particularly interested in trying out its yogurt function.

Once I got it home, I wasted no time buying some milk and a starter and got to yogurt making. The Instant Pot yogurt recipe calls for two percent, ultra-pasteurized milk. However, I believe the creamier the better, and I also believe in buying local, so I purchased a quart of full-fat, low-temperature pasteurized milk from a nearby farm. I have a similar philosophy for my starters, so generally I use White Mountain Bulgarian yogurt. I think the texture is more pleasant than Greek yogurt and it has a nice sour taste that I enjoy. Although the provided Instant Pot recipe doesn’t call for it, I also whipped up some lavender simple syrup and persimmon jam to add into two separate batches for a little extra flavor. Even I, as a yogurt lover, can’t eat the plain Jane version.

And that was it. I set the milk into the Instant Pot to pasteurize, let it cool down to 115 degrees, added the starter, and walked away. Eight and a half hours later, I opened the lid, and to my surprise, I was face to face with the creamiest yogurt I’d ever made. The cream-top was evenly distributed across the surface and there was a minimal amount of whey to drain off. Things got even better when I stuck a spoon in to test the texture. I was thrilled to see that it held together without the gloppy consistency that I dislike in Greek yogurt. It pains me to say it, but the texture was better than what I can make on my own after months of practice.

The taste was excellent too. As far as I could tell (and I ate my way through the entire quart) there were no anomalous pockets of lavender flavoring. The sweetness had been evenly melded into the natural sourness of the yogurt. It was as I was scraping the bottom of the jar that I realized I’d fallen in love. Not that yogurt is terribly complicated to make, but it requires a lot of patience to endure the necessary trial and error while you learn how to regulate temperature. With the Instant Pot, though, there’s no need to fiddle with blankets and ovens. It’s as easy as using a slow cooker. It would be an understatement to say that yogurt in an Instant Pot was a success. In fact, I would say that in this case, I couldn’t have done better myself.

For more Instant Pot recipes, check us out on Pinterest.