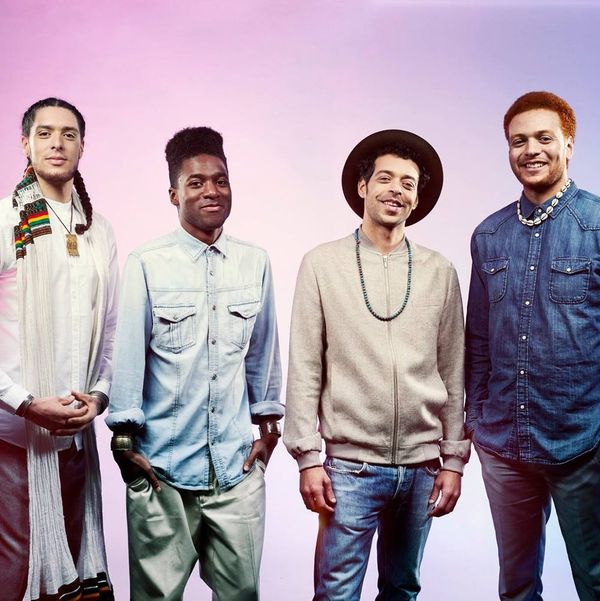 For the past five days, the South by Southwest (SXSW) festival and conference has brought thousands of artists and fans from around the globe to Austin, Texas. This week, several international bands slated to perform have been denied entry to the country.

Billboard reported that at least seven bands have stated that they were unable to enter the US because of visa issues. Among the musicians forced to return home were Italian band Soviet Soviet, London-based jazz group United Vibrations, Canadian and Egyptian band Massive Scar Era, and Danish DJ and producer ELOQ.

All four groups posted statements to their Facebook pages about their experiences trying to get to the US to perform at the festival, revealing general confusion on the part of US border officials over which visa the performers needed.

La Sfattanza. First European Tour is over... We are coming back really happy, and we are very proud of each date. Thank you so much to all the people and staff met in these days! See you soon. Next Weekend: 17 febbraio- Bergamo @drusobg 18 febbraio- Rimini @bradipop_club #sovietsoviet #endless #endlesstour #europetour #europe #comebackhome

According to Soviet Soviet’s Facebook post about their failed entry to the US on March 10, all four members of the group were separately “interrogated” at the airport, and were unable to convince customs officials that because they were performing for free, they should have been allowed into the country using a standard B-1 tourist visa. “They declared us illegal immigrants even if our intention was by no means to look for work in the United States nor never go back to Italy,” the post states. The band was kept in jail overnight before being sent back to Italy.

Massive Scar Era was also unable to enter the US despite having the appropriate documentation. A Facebook post penned by the band’s singer and guitarist Cherine Amr on Sunday reports that the band’s members were also unable to convince officials that they were traveling for unpaid promotional purposes. According to the band’s post, the group’s bassist has Canadian First Nations (Native American) status, and should have been allowed to access the US with her First Nations card provided by the Canadian government. Amr speculated that her Egyptian visa could have been the reason the group had issues.

What happened to us is politcally wrong on SO many levels! https://t.co/c6UJ6f5xQJ

Amr told us via Facebook messenger that her band isn’t bothered by the fact that there are rules for entering the US, “but we demand a consistency and [clarity].” Amr says that, while she was detained at the airport, she called a SXSW representative to speak with a US border official on her behalf; she reports that the official refused to take part in the call.

The UK-based United Vibrations didn’t provide as many details about their experience at the airport in their Facebook post Monday, but speculated that the Trump administration’s recent travel ban could have been the reason they were denied access. “We were looking forward to connecting with our brothers and sisters stateside to share our music,” the band wrote. “Why weren’t we let in? our Names? the Music? The colour of our skin?”

On the other hand, Ole Nørup, a spokesperson for ELOQ, tells us over email that he does not feel that there is a “link between the general [immigration] situation and the issue we experienced with ELOQ. We believe it was just bad luck.”

US immigration officials attempted to clear up the confusion over visas on Tuesday, but Amr tells us that their explanation is “very vague.” Sources with Customs and Border protection told Billboard on Monday that “if an individual is a member of an internationally recognized entertainment group, they must apply for and be granted a P-1 visa [a type of work visa given to athletes or performers].”

Bands traveling to perform in the US have often faced problems at customs, according to Pitchfork. Citing visa issues that kept a British group from performing at SXSW in 2011 and Adele’s cancelled 2009 SXSW performance, Pitchfork reports that Trump’s travel bans aren’t necessarily to blame for the visa problems, but likely contributed to the confusion over what types of visas are acceptable for SXSW performers.

What are your thoughts on SXSW performers not making it into the country? Tell us on Twitter @BritandCo.

Elizabeth King
Elizabeth King is a politics, history, and culture writer based in the Twin Cities. She is generally pretty cranky but still enjoys traveling, music from the early 2000's, and plotting the resistance. Feel free to say hi on Twitter at @ekingc or check out some of her work at www.elizabethcking.com.
Music
Pop Culture
Music
More From Pop Culture