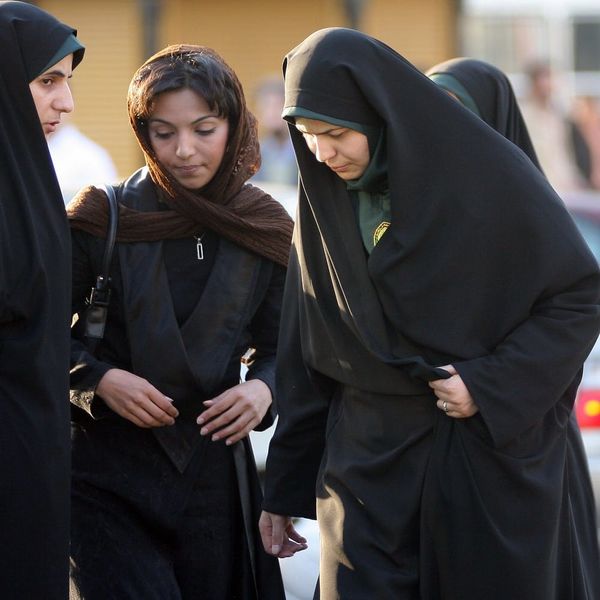 After almost 40 years of repressive policies, it appears Iran is relaxing its strict dress code for women.

Women who disobey the “Islamic dress” code will no longer be arrested and taken to detention centers, a top police official announced in Sharq, a national newspaper. Instead, they will be made to attend classes given by the police, reports the Associated Press.

Iran’s “morality police” is officially known as the Gasht-e Ershad, and have been working to enforce the observance of the hijab since the Islamic Revolution in 1979. Women in Iran are required to hide their hair with a headscarf and are encouraged to keep their bodies covered and abstain from using makeup and nail polish.

Urban Iranian women often flout these rules, reports the BBC, by wearing the headscarf far back on the head to reveal the hair or donning looser clothing in the hot months of summer. Women caught in public ignoring the dress code are usually taken to a police van where they are held until their family can bring them a change of clothes. They are also made to sign a form saying they will not repeat the violation.

Iranian President Hassan Rouhani was reelected in 2017 on a wave of support from young, more liberal voters, and he has previously expressed his displeasure with the Gasht-e Ershad.

The change in policy may also be a reaction to a shift in gender policy by Iranian rival Saudi Arabia, reports the Telegraph. In September, the kingdom’s Crown Prince Mohammed bin Salman announced that women would be allowed to drive and to attend sporting events at stadiums.

It seems hard to believe that we’re saying this on the eve of 2018, but sadly, this is progress.

Tell us what you think of this news @BritandCo.