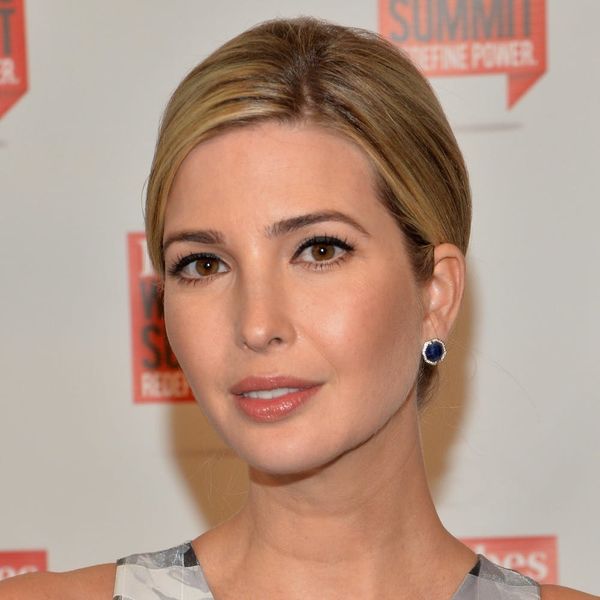 Ouch, Ivanka, that must hurt! Yes, we’re talking about the vicious burn she just received, but no, we’re not talking about any sort of physical pain. We mean the take-down the career advice-giving, politically-minded mama-of-three just received after placing what she must have thought was a simple order from Lady Grey Jewelry. You know what they say: All’s fair in love, war and jewelry-based politics (isn’t that the saying?).

When the indie jewelry brand received an order from the daughter of Republican candidate, Donald Trump, they decided to put their money where their mouths (or, er, politics) are. The duo behind Lady Grey, Jill Martinelli and Sabine Le Guyader, sent Ivanka’s order, along with a note that explained what they intended to do with the money from the sale.

“Dear Ivanka, Thank you so much for your order! We’re happy to let you know that the proceeds of your sale have been generously donated to The American Immigration Council, the Everytown For Gun Safety Organization, and the Hillary Clinton Campaign. We hope you enjoy your new Lady Grey #helixearcuff.”

Just as Ivanka is free to have her own political leanings and express them by supporting her controversial pop, the same goes for Jill and Sabine. They explained to Refinery29, “When we received her order, we instantly felt compelled to take the money and donate it to a few organizations that were more aligned with our ideals… We strongly feel that everyone and anyone can make a difference through actively supporting the causes that they believe in, no matter how big or small.”

What do you think about the note Lady Grey sent to Ivanka Trump? Tweet us @BritandCo!

Desiree O
Desirée O is a ‘Professional Bohemian’ who loves anything and everything related to the arts, entertainment, and pop culture. She ADORES being a ‘Newsy’ for Brit + Co, covering all of the latest tidbits of awesomeness that you want to read about. When she’s not writing, she’s either making messy art, going on long adventurous walks with her camera, or poking around over at bohemianizm (http://www.bohemianizm.com/). You can find out about Desirée O and her work at http://DesireeO.com/ or follow her on Twitter @DesireeO.
Jewelry
Politics
Jewelry Politics
More From Politics