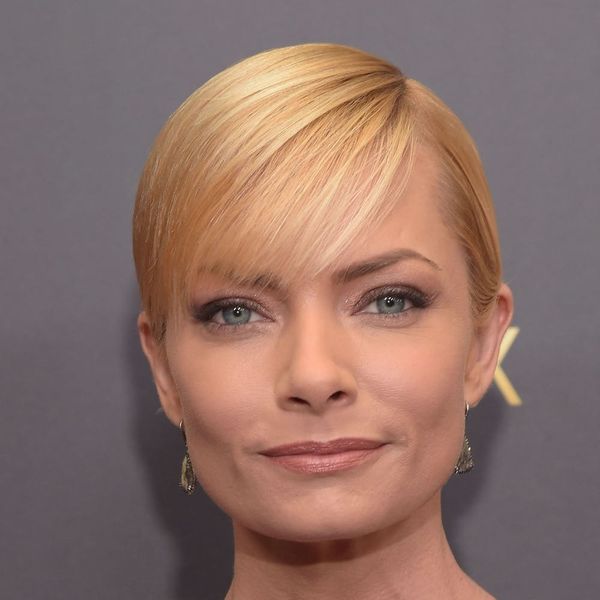 It’s starting to seem like the year of the Bling Ring all over again. A recent string of burglaries has been hitting Hollywood hard as of late, with Nicki Minaj being robbed of $175,000 worth of property, Alanis Morissette losing $2 million in jewelry, and Kendall Jenner being taken for $200,000 in jewelry as well (an act that some suspect to be an inside job).

Now, another famous face has just been burglarized — actress Jaime Pressly. The My Name Is Earl star was thankfully gone when the robbery occurred, but intruders reportedly entered her home in Sherman Oaks just after 10pm and made off with an undisclosed amount of goods, which did indeed include jewelry.

“There was a burglary and legal actions are being taken,” Pressly’s rep told E!. Though the details surrounding the incident are not yet concrete, the robbery, along with those that came before it, are enough to have Lieutenant Todd Hankel of the San Fernando Valley Knock Knock Task Force believing that the recent string of thefts (which also included LA Lakers guard Nick Young and Brooklyn Dodgers outfielder Yasiel Puig), is, in fact, the work of an highly organized group.

“It’s usually a lone individual trying to service their addiction,” he told The Hollywood Reporter. “This is different. This is organized crime.” Hankel also noted that celebrities could possibly be aiding burglars by posting about their vacations via social media. If you’ll recall, that was certainly the case with the Bling Ring, which famously saw eight teens terrorizing Hollywood with a string of thefts from 2008-2009. “If you are Instagramming that you are out of the country, enjoying the weather in another part of the world, that can help them,” Hankel said.

Here’s hoping that they find the parties responsible, and soon!

Do you think there’s a larger group at work here? Share with us @BritandCo.