James Corden Is Gonna Be a Daddy Three Times Over! 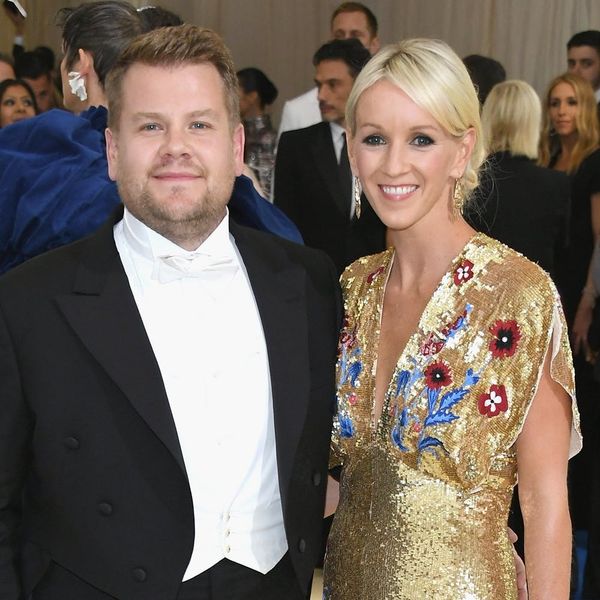 Sounds like Katy Perry wasn’t too far off when she called James Corden “Daddy” in her all-too revealing episode of Carpool Karoke! People is reporting that the 38-year-old talk show host and his wife of five years, Julia Carey, are expecting their third child.

The lovable Brit and 2017 Grammy host, who is set to reprise his role in 2018, is already father to six-year-old son Max and two-year-old daughter Carey and will welcome his new bundle of joy come December, when Carey is reportedly due.

Though Corden has spoken out about the difficulties raising children so far away from his native country (“We are a long way from grandparents, aunties, uncles, and friends. It’s tough,” he told The Big Issue in 2015), the funnyman says as he’s able to spend time with his kids, he’s okay.

“I feel very conscious that my children are only going to be young once,” he told the outlet. “And, as far as anyone can tell, no one ends up in a therapist’s chair saying, ‘My dad was around too much giving me too many cuddles.’ My big worry is for my daughter. I worry she is not going to know life in Britain.”

While there’s no word on whether they’ll be making the big move back across the pond anytime soon (noooo!) to introduce their family’s newest member to his relatives, we’re beyond excited for the couple and their growing family.

What do you think James and Julia should name their third babe? Let us know over @BritandCo.