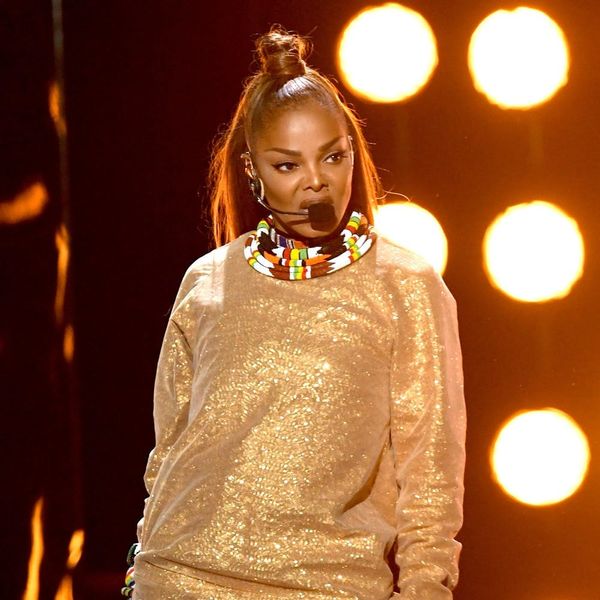 Janet Jackson is back! On Friday, August 17, the icon released “Made for Now,” her first new song in three years and a perfect late-summer jam featuring Daddy Yankee.

Jackson and the “Despacito” rapper debuted “Made for Now” with a colorful and celebratory music video. Shot on the streets of New York, the clip depicts a vibrant block party with global representation — and Jackson herself even busts out some killer choreography reminiscent of her ’80s and ’90s video heyday. Put simply, we are very much here for this.

The video was directed by Dave Myers, who first worked with Jackson on her 2001 hit “All for You” video. More recently, Myers has directed the videos for Ariana Grande’s “No Tears Left to Cry” and “God Is a Woman,” as well as videos for Camila Cabello, Kelly Clarkson, Kendrick Lamar, and more.

“Made for Now” is Jackson’s first new music since her 2015 album Unbreakable, but it’s been anything but downtime in between for the singer. She welcomed her first child, a son named Eissa Al Mana, in 2017; she pulled off her first TV performance in nine years at the 2018 Billboard Music Awards; and in July 2018, she kicked off her rescheduled State of the World tour, which has taken her to festivals and other stops across the US. Jackson will headline the Global Citizen Festival in Central Park on September 29.

What do you think of Janet Jackson’s new single? Let us know @BritandCo!