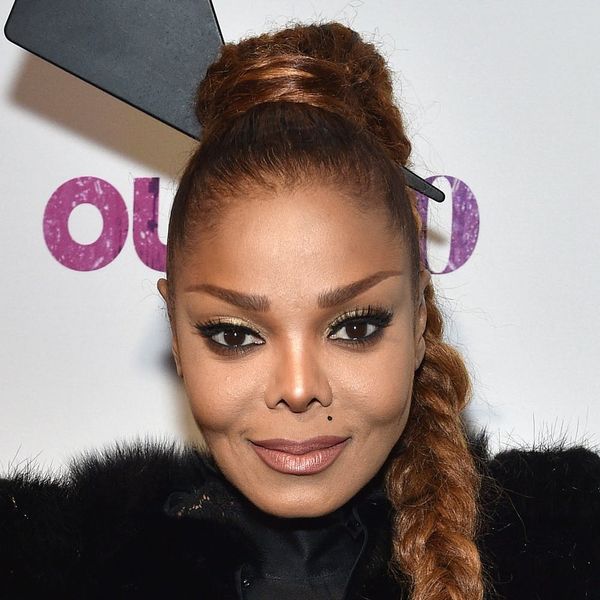 UDPATE (8:30pm EST): Despite a tweet from Prince’s brother, Omarr Baker, which indicated that he did not authorize a Prince holographic being used in Justin Timberlake’s halftime performance and that it wouldn’t be happening, Timberlake did, in fact, use the musician’s likeness in his Super Bowl halftime show, using a video screen of the late artist instead.

Baker clarified his comments on Twitter, offering up a definition of a hologram (which JT did not use), and giving Timberlake his seal of approval.

It’s officially game day, and we can barely contain our excitement over what tonight’s halftime show may bring! Justin Timberlake will be doing his best to try to top Lady Gaga’s jaw-dropping 2017 performance for his first-ever time as a Super Bowl headliner, but despite what you may have heard, he WON’T be getting any help from from his 2004 co-performer, Janet Jackson.

Almost as soon as JT was announced as Super Bowl LII’s superstar act, speculation began over whether or not he would be joined by the 51-year-old performer. Now, the “Feedback” crooner’ herself is setting the record straight.

Taking to Instagram, the new mama wrote, “To put to rest any speculation or rumors as to whether I will be performing at the Super Bowl tomorrow: I will not.” She added, “Thank you for your support and I do look forward to seeing you all very soon.”

The last time the twosome took the Super Bowl stage together, it was to perform Timberlake’s smash hit, “Rock Your Body,” during which he accidentally ripped off her bra during a pre-planned stunt, exposing her nipple and unleashing a media frenzy (plus a $550,000 fine for broadcaster CBS).

While it’s unclear whether she declined an invite to 2018’s show or failed to receive one, Jackson’s father, Joseph Jackson, did make his opinion known to the New York Post, saying, “If [Justin Timberlake is] such a gentleman, he’d make sure Janet is there.”

Another icon who will not be taking to the stage tonight with the “Filthy” singer is Prince — or, rather, his hologram. With rumors buzzing that the daddy of one would pay homage to the late music legend in his hometown of Minneapolis, Minnesota by performing with his likeness, Prince’s brother, Omarr Baker, is shutting that chatter down as well.

The singer’s sibling took to Twitter to let fans know that we would definitely not be seeing any visions of Prince tonight, tweeting out a red no entry emoji, followed by #PrinceHologram. When a fan asked, “Does this mean you didn’t authorize it or that it’s not happening?” he simply responded, “Both.”

So who can we expect? During a press conference earlier this week, Timberlake admitted that he would be flying solo, saying he’s not planning to bring out anyone.“To be honest, I had a ton of grand ideas about special guests. There’s a whole list. I think Vegas has a lot of odds on it, from ‘NSYNC to Jay [JAY-Z] to Chris Stapleton to Janet.”

While he didn’t give details about why his plans were scrapped, he said he’s pleased to be putting the spotlight on his longtime band, the Tennessee Kids, instead. “I feel like they’re my special guests and I’m excited to rock the stage,” he explained.

Catch his show during tonight’s game on NBC at 6:30 EST.

Are you excited for Justin’s halftime show performance? Tweet us @BritandCo.