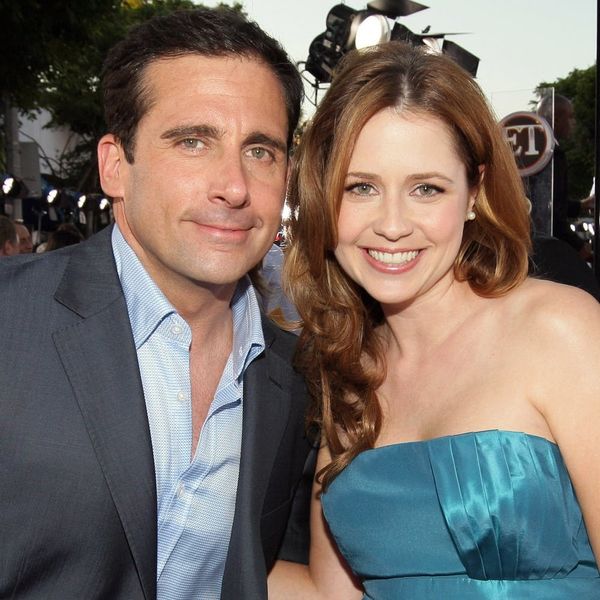 It’s been five years since The Office ended, and seven years since Steve Carell left the series, but we still think about the show and its cast often, especially now that there are rumors of a reboot. One scene that has stayed with us all this time is Pam and Michael’s goodbye at the airport — in part because we didn’t actually hear their conversation. Thanks to Jenna Fischer, though, we finally know what they said to each other.

During the season 7 episode “Goodbye, Michael Scott,” Michael is able to say a fond farewell to each of his Dunder Mifflin co-workers — except one. Pam, thinking that her now-ex-boss is leaving the next day, is out of the office.

When she realizes he’s gone, she rushes to the airport and finds him just in time. But since the show was meant to be a faux documentary and neither character was wearing a microphone when they said goodbye, we had to just watch their emotional exchange from afar. Pam explains afterward how Michael was feeling in the moment, but we never found out what she told him. Until now.

Fischer shared some behind-the-scenes scoop about the episode in an Instagram live video on Tuesday, May 1. “That was me talking to Steve,” she explained. “I told him all the ways I was going to miss him when he left our show. Those were real tears and a real goodbye. That was a really emotional scene.”

For us, too. We’ll just be over here rewatching the episode and crying.

What’s your favorite scene from The Office? Let us know @BritandCo!