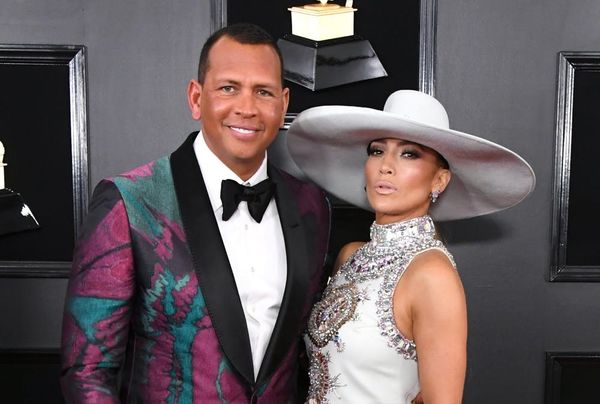 Jennifer Lopez and Alex Rodriguez recently celebrated their second anniversary together, and to mark the occasion, Rodriguez surprised the “Limitless” singer with a gift that any fan of HGTV’s Fixer Upper would freak out over.

“I’m obsessed with Fixer Upper, and we actually got a little fixer upper, next to the water. It’s a house that needs work,” Lopez revealed on the Wednesday, February 13, episode of The Ellen DeGeneres Show. “I was like, ‘Wouldn’t it be amazing to have her do it for us?’ But she doesn’t do anything outside of Waco.”

Lopez joked that she “didn’t even know Alex listens to me half the time when I’m talking,” but that she told her friends and family over Christmas about their plans to renovate their modest new property.

“Come our anniversary, it was a Sunday, and he goes, ‘I want you to come to this meeting, with an architect for the house.’ He loves meetings, I hate meetings. I’m always dragged into these business meetings. So he opens up FaceTime, and it’s Joanna Gaines!” Lopez said excitedly, revealing that the home renovation host looked just like she does on TV. “And I was like, ‘Oh! Hi!’ I totally fangirled out.”

Lopez told DeGeneres that while she doesn’t expect the HGTV star to make her way from Texas to help out in a hands-on manner with the house, she’d be happy to have remote input. But the best part of the surprise, according to the Second Act star, wasn’t necessarily the decor consultation.

“I’m looking at [Alex] and I’m like, ‘You listen to me!'” she said affectionately.

DeGeneres also teased Lopez (again) about when she might get engaged to her boyfriend of two years. So far, however, Lopez and Rodriguez haven’t revealed any plans to marry.

What would have you have done if Joanna Gaines was on FaceTime? Let us know @BritandCo!