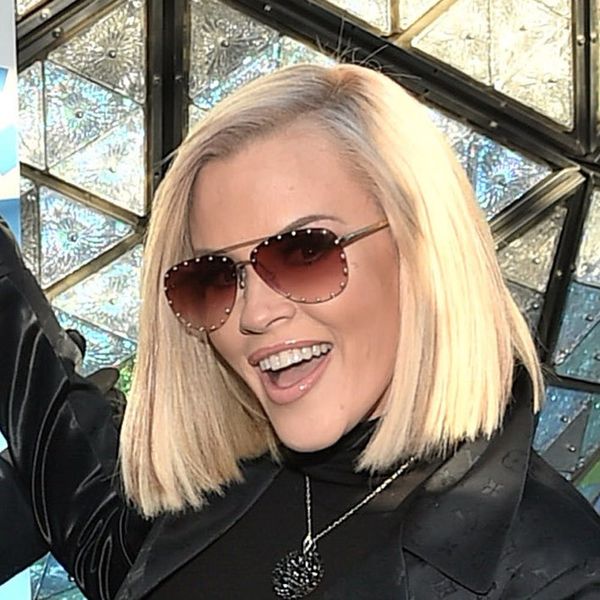 Lady Gaga wasn’t the only one with a bold ‘do on the 2018 Grammys red carpet! Jenny McCarthy, who’s been sporting a chic blonde bob for some time now, showed up rocking an aquamarine ‘do that had us doing a double take.

As the New Year’s Rockin’ Eve host revealed to People, her tress change was due to a combination of hair restlessness and self-promotion.

“I like to change it up — I get bored a little bit,” she confessed to the outlet. “I’m promoting my new vodka line, and we’re testing out blueberry, so I thought it’d be a proper way to promote it.”

Husband Donnie Wahlberg joked that while “She didn’t quite turn into the blueberry girl in the Willie Wonka movie” as a result, “Uh yeah, her hair turned blue.”

The liquor would be part of McCarty’s Blondie’s beverage line, which already includes such delicious flavors such as lemonade and strawberry lemonade, all made without artificial flavors, sugars, or dyes. It’s also gluten-free and made with real fruit juice (mmm!), without sacrificing the booze — it has a 13 percent alcohol volume!

Between this and her hot pink strands from 2015, perhaps we’ll see her cover the flavor rainbow with her coif?