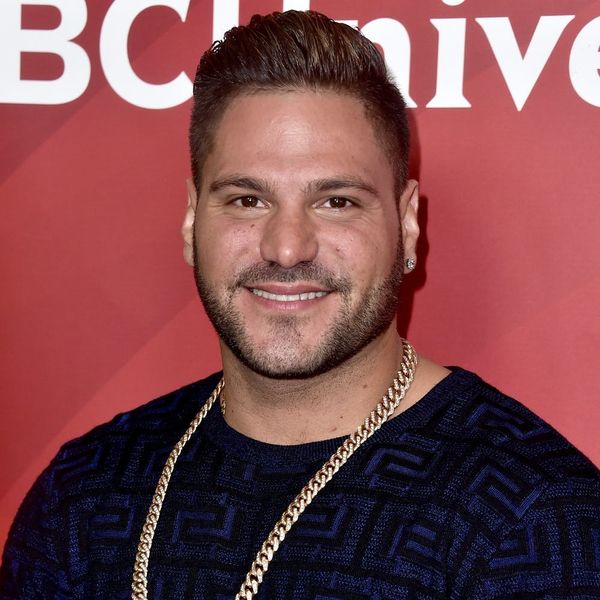 When MTV announced that the original Jersey Shore cast would officially be reuniting for another spin around the Shore in 2018, fans were sad to hear that Sammi “Sweetheart” Giancola might not return. Nicole “Snooki” LaValle theorized that it might have to do with her not wanting to dredge up any past drama with ex Ronnie Ortiz-Magro, and it sounds like Ortiz-Magro is on a similar page, which is why he keeps his distance from the cast’s group chat.

“You know, when all your friends and an ex is on group text, I don’t want to associate,” Ortiz-Magro, who dated Giancola on and off from 2009 to 2014, told Us Weekly. “I am a lot more grown up now, so why put myself in positions where everyone is uncomfortable?”

Ortiz-Magro is set to appear on the upcoming MTV reboot after skipping previous Shore reunions (their Burger King commercial and the E! Reunion Road Trip special). And while the cast certainly had their share of drama in the past, the 32-year-old said that they’re able to keep things more mature these days.

“We are all good,” he said. “We don’t talk every day, but once we get in the same room, we all go back right where we were when we were in our young 20s.”

The reality star added to Us Weekly that he’s excited to go back for the Family Vacation reboot, not only to rekindle that famous group dynamic, but to see how they’ve all changed. “We never disconnected, we just started living our lives,” he said. “We were young, we needed to grow up.”

But one thing that won’t — or even can’t — change is Ortiz-Magro’s dedication to the gym, tan, laundry lifestyle. “GTL will stay in effect, it will always be GTL,” he said. “You cannot have Jersey Shore without GTL.” We’d have to agree.

Will you watch the Jersey Shore reboot? Let us know @BritandCo!