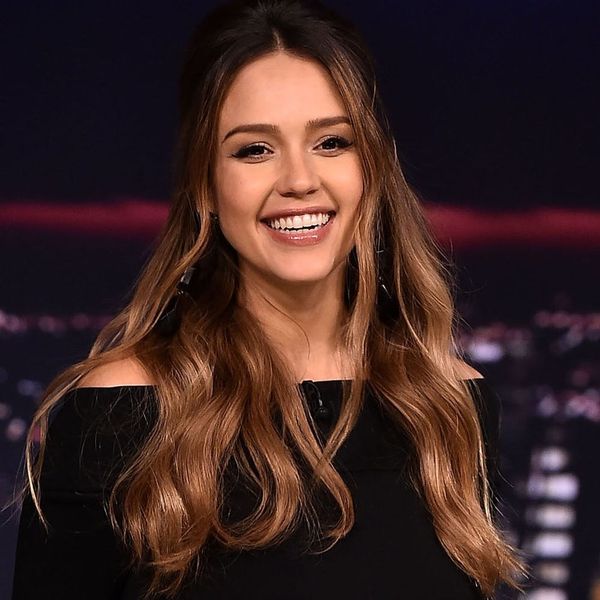 Just a few months after Jessica Alba announced that she was expecting baby number three with husband Cash Warren, she shared an adorable Instagram post letting us know it would be a little boy joining big sisters Honor (nine) and Haven (six). Now, the Honest Company boss is dishing on the difficulties of picking a name for her family’s newest addition, particularly with her hubby offering up some less-than-stellar suggestions.

Appearing on the Tonight Show Starring Jimmy Fallon, the Honest Company founder admitted that while her and Warren were “super stoked” to be having a boy, “It’s going to be a whole situation. [Cash] was like, ‘We should name it Hick with a silent ‘H.'” Sooo… ick? Oof!

Fallon tried to see its merit, saying the name sounded “like an old timey detective,” but Alba, 36, was having none of it. “Don’t encourage him,” she said.

The mommy-to-be also opened up about her current pregnancy cravings, saying she finds herself wanting Japanese food and sweets a lot. For the sake of keeping things healthy, though, she’s trying to keep the desserts relegated to her dreams — literally.

“I dream about desserts,” she admitted. “I”m trying to not gain so much weight with this baby. I want all the shaved ice with ice cream on the bottom.” Might we suggest a celebratory bowl once that baby name is finally settled on? Win/win!

What do you think Jessica Alba should name her babe? Let us know @BritandCo!