Morning Buzz! Jessica Alba’s Surprise Birthday Was the Party of Our DREAMS + More 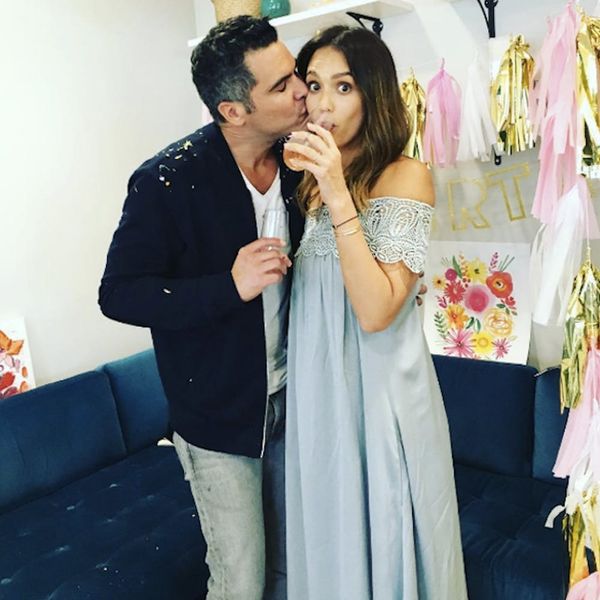 Okay, Monday. Let’s do this. From a perfect surprise birthday party to some very, very good news about cheese, check out six of today’s top news items below!

1. Jessica Alba celebrated her 35th birthday over the weekend, and her pals threw her a surprise party straight out of our dreams, basically. Thanks to Jessica’s good friend and celebrity hairstylist Jen Atkin, who documented most of it on Snapchat, we were able to piece together that it took place outside under white twinkly lights, featured a soundtrack of Drake and Beyoncé and had ’90s hip-hop karaoke. Oh AND Chrissy Teigen was there, who, just admit it, is everyone’s dream BFF. And if that all wasn’t amazing enough, here’s how Jessica’s weekend started: with the sweetest message EVER from husband Cash Warren. He wrote: “I still get butterflies in my stomach around you. I still wake up in the middle of the night and smile because you’re next to me. I still laugh at your jokes. I am still inspired by you. I’m still in awe of your beauty. The only thing that’s changed since the first day I met you is our age. Happy Birthday my sweet love!!!” Not a bad way to kick off your 35th, is it?

Took care of the best teeth in town! Great seeing you as always, @kimkardashian!

2. This is what Kim Kardashian wears to go to the dentist. I mean, same, really. (h/t People)

3. Justin Bieber’s dad threw the most bonkers engagement party ever. Basically this thing was the opposite of the chill and classy party Jessica Alba had for her birthday. Over the weekend, Justin’s dad celebrated his engagement to girlfriend Chelsey Rebelow with an epic party at a private Toronto estate. Justin was there, of course (showing off his newly buzzed head — bye bye, dreadlocks!), and so were a tiger, a camel, superheroes, the Batmobile and more. It was a collaboration with private art show “Nyotaimori Celebrating Life Love and Art,” and the Biebers certainly did all of that. We kinda wish we were there.

4. Haim covered Fleetwood Mac’s “Dreams” and it is EVERYTHING. The first annual Girls to the Front Benefit to raise money for Girls Rock Camps across the US happened at West Hollywood’s Chateau Marmont this weekend, and Haim were on hand to perform both their own songs and a Fleetwood Mac cover that has us looping this Instagram over and over and over and over. (via Stereogum)

5. There’s apparently a surplus of cheese in America, so eat up! If you indulged in a few too many smears of brie on a baguette with your wine this weekend, worry not. Bloomberg reports that European dairy products are extremely cheap right now, and the US has become one of their top customers for cheese and butter. America is finding it tougher to export their own record-high dairy production, so we reap the sweet, cheesy rewards. (via Bloomberg, photo via Joe Raedle/Getty)

6. Quote of the day: “When your mom dies you’re the best memory of her. Everything you do is a memory of her.” Patton Oswalt shared these sad, wise words from his seven-year-old daughter Alice after the sudden death of wife and mother Michelle McNamara last week.

Do you have any motivating Monday tips? Let us know on Twitter at @BritandCo!