Jimmy Kimmel Asked Parents to Pull His Halloween Candy Prank Again — But the Kids Are Onto Him! 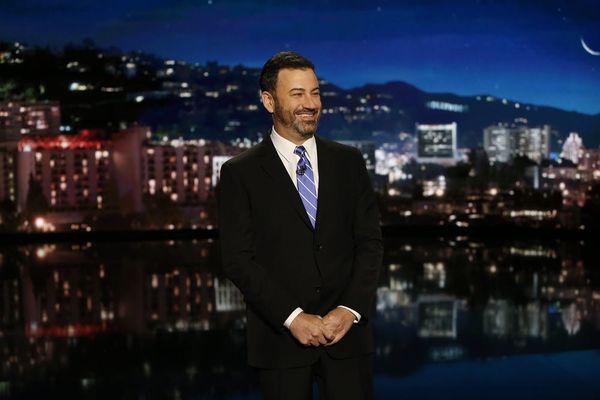 As he has for the past eight years, Jimmy Kimmel once again asked parents to tell their kids they ate all the Halloween candy and then film the kids’ reactions — only this time, some of the little ones knew exactly what was going on.

The late-night host shared a compilation of clips of this year’s prank on Thursday’s episode. The video opens with a little boy clenching his face and his fists as he scolds his parents, telling them with concern that they’re going to get sick.

Another little boy seemed to be in disbelief before breaking down into a wailing cry, while the next little girl simply told her mom she was disappointed in her.

The following segment featured some more physical reactions. One little boy, dressed as a firefighter and being held in his dad’s arms, hit his dad in the face after the parents’ fake confession. Another kid’s dad teased him that he could have some broccoli instead, only to get whacked in the stomach by his son.

But not every child let on that they were upset. “I’m not mad at all,” one calm little boy said after his mom told him she ate all his candy. “I would never be mad at you, because you’re my mom.” Her response? “You’re too sweet. It’s gross.”

Several children kept their composure, assuring their parents that they weren’t mad, they still loved them, and, in one little girl’s case, that she was happy to share the Halloween haul with her mom (sob). But those weren’t the only measured reactions this year: A few kids knew exactly what was happening when their parents told them they ate all their candy.

“Oh no, this is fake, I know this,” one kid confidently told his parents, smiling. “You showed us the videos!” Oops.

When another mom told her kids that Jimmy Kimmel made her do it, one replied, “He’s an idiot.”

At the end, one little boy asked the question that every child who has ever been fooled by the prank wants to know. “Jimmy Kimmel, do you know how many years you’re gonna get away with this?” We hope it’s forever.

Watch the entire I Told My Kids I Ate All Their Halloween Candy 2018 video below.

Are you a fan of Kimmel’s annual Halloween candy prank? Let us know @BritandCo!