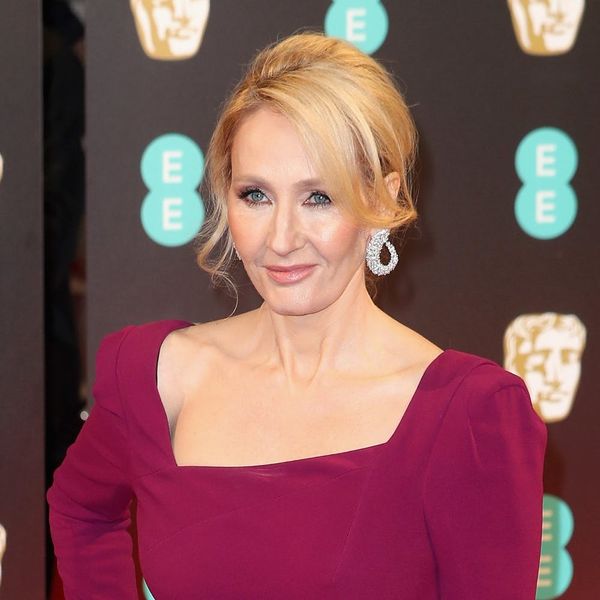 JK Rowling seems to have a never-ending supply of enticing info and delicious details from her various projects, and she’s certainly not shy about sharing them (which we totally appreciate). We were practically giddy over her HUGE Fantastic Beasts 2 hint and will fully admit our jaws dropped over her recent Harry Potter revelation. Now we’re thrilled by the news that the beloved author has written a fairy tale. But it’s hidden in an unexpected place.

According to Rowling herself, she wrote a politically themed fairy tale for children. And considering she’s well known for her fierce opinions, we can pretty much guarantee that adults would be eagerly reading it as well.

Unfortunately, the author doesn’t think that it’s ever likely to be published (boo!). But she did have some interesting facts about the tale, including its whereabouts. “It’s actually hanging in a wardrobe currently,” Rowling revealed to CNN.

J.K. Rowling reveals she's penned another fairy tale that may never be published – and it's written all over a dress https://t.co/gJG56gbOjw pic.twitter.com/S4c4XxABoX

She explained, “The theme of my 50th birthday, which I held at Halloween even though that’s not really my birthday, was come as your own private nightmare. And I went as a lost manuscript.”

First, can we stop to appreciate the stellar party theme and incredibly on-point costume? *applause*

We’re completely loving the fact that the “lost manuscript” dress wasn’t just a bunch of random scribbles or snippets from her published books. Instead, it was the unpublished fairy tale.

We’d love to get our hands on that dress to both read it AND wear it, but for now let’s just hope that no one accidentally throws it in the washing machine thinking it needs a good cleaning.

Would you like to read JK Rowling’s political fairy tale? Let us know @BritandCo!

Desiree O
Desirée O is a ‘Professional Bohemian’ who loves anything and everything related to the arts, entertainment, and pop culture. She ADORES being a ‘Newsy’ for Brit + Co, covering all of the latest tidbits of awesomeness that you want to read about. When she’s not writing, she’s either making messy art, going on long adventurous walks with her camera, or poking around over at bohemianizm (http://www.bohemianizm.com/). You can find out about Desirée O and her work at http://DesireeO.com/ or follow her on Twitter @DesireeO.
Halloween
Pop Culture
Halloween
More From Pop Culture