Here’s Why Everyone Applies for New Jobs in January 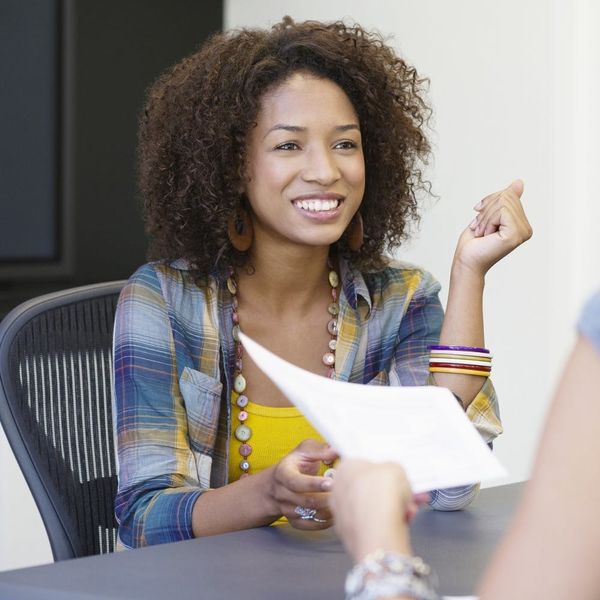 January is job-hunting season. And despite the help of tech tools such as Google for Jobs and your totally perfect Kate Spade-specked interview outfit, job hunting is still just that — a hunt. Perhaps it’s the hope and promise of the new year that allows us (and it is lots of us) to temporarily forget this fact and keep pushing forward. Data from Monster.com shows a shocking 70 percent uptick in job searches the first Wednesday of each January. We spoke with Emily Elder, the practice development manager at RiseSmart, a company that provides outplacement services and career transition assistance, about why exactly this is the case.

During the holidays, there’s a lull in the flux of job applications, and Elder attributes this to people taking a break from job hunting — a trend she does not encourage. In fact, she urges people to continue job hunting in December due to the social nature of the winter season. “[At RiseSmart,] we recommend that our program participants use holiday parties and gatherings as a way to build their personal and professional networks,” Elder says.

Aside from taking a hiatus, people may use the end of the year as a time to self-reflect on their lives and careers and thus be inclined to apply as part of their New Year’s resolution, as a chance for reinvention and starting fresh. “People who are not happy with their current jobs decide to make a change in the new year and can use end of the year vacation time to start looking for their next opportunity to make a change,” Elder explains.

Lastly, people may refrain from job hunting until their end-of-the-year bonus period has ended. With that financial cushion, they could feel more confident and secure entering the job search in the new year.

Despite the onslaught of applications, companies are not necessarily more likely to be hiring in January. According to Elder, companies hire when they have a need and when they have the resources to fulfill that need. “If an organization or department has not had the budget in the previous calendar, and a hiring manager is granted additional budget for the new year, he/she may want to act quickly to get a new hire on board,” Elder says. But other organizations opt to hire in the fourth quarter so that new employees can start in January. “Some companies find that it’s often easier to provide a great onboarding experience when everyone is back in the office and normal work schedules have resumed,” she says. This means those planning to apply in January would have missed their opportunity.

Ultimately, Elder says people should apply for jobs year-round instead of fixating on timing. In her opinion, the best time to apply for jobs has more to do with your employment status than the season. “For many,” she says, “the worst mistake they make is waiting to update their resume and online profiles until they are out of work and desperate to land their next job.”

When have you had the most success job searching? Let us know on Twitter @BritandCo!

Annamarie Higley
Annamarie is a Californian who's been plopped in the middle of Missouri for her undergraduate studies in magazine journalism. She's a hiker, an eater, a lover of words. In her opinion, nothing beats a well-made breakfast sammy or a well-crafted sentence.
Career Advice
Work
Career Advice Hit Refresh