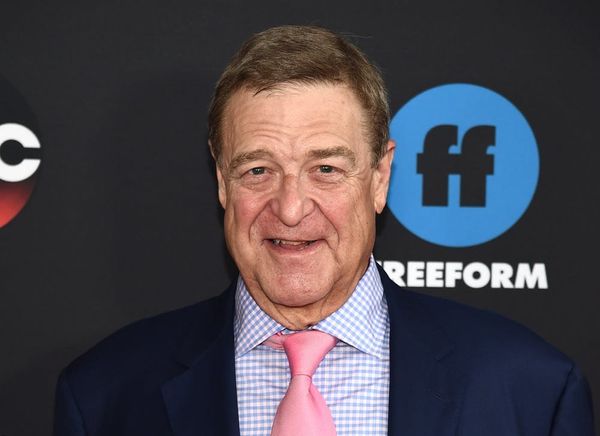 John Goodman may have just shared a major spoiler about The Conners. The show won’t premiere until October, but Goodman spilled some details on how the series might handle the absence of Roseanne Barr.

“It’s an unknown,” the actor told The Times on how his character, Dan Conner, will move forward without his TV wife. “I guess he’ll be mopey and sad because his wife’s dead.”

In May, ABC canceled the mega-successful reboot of the beloved ’90s sitcom Roseanne after its star and namesake, Barr, posted a racist tweet about former Barack Obama adviser Valerie Jarrett. “Roseanne’s Twitter statement is abhorrent, repugnant, and inconsistent with our values, and we have decided to cancel her show,” ABC president Channing Dungey said at the time.

Goodman was “broken-hearted” by the cancellation. “I went through a period, about a month, where I was very depressed,” he told The Times. “I’m a depressive anyway, so any excuse that I can get to lower myself, I will. But that had a great deal to do with it, more than I wanted to admit.”

One month after the cancellation, the network announced that it would go ahead with a spinoff featuring the rest of the TV family, minus Barr, called The Conners. “After a sudden turn of events, the Conners are forced to face the daily struggles of life in Lanford in a way they never have before,” ABC said in its announcement about the show. While no other details have been released about the spinoff, Goodman’s comments might provide some insight into how the plot will develop.

Goodman, as well as costars Laurie Metcalf, Sara Gilbert, Lecy Goranson, and Michael Fishman have said they’re excited to continue to tell stories of the “challenges facing a working-class family today” in the reboot. The 10-episode season will premiere on Tuesday, October 16, at 8pm ET/PT on ABC.

Will you be watching The Conners this fall? Let us know @BritandCo.