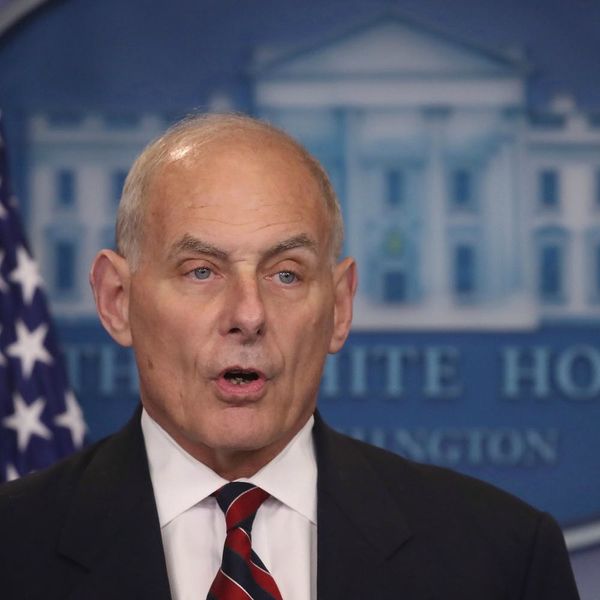 Seems like an old racist stereotype is still being trotted out in the White House. While speaking to reporters on Wednesday regarding DACA, President Trump’s Chief of Staff John Kelly was lamenting the lack of complete claims for DREAMers, calling those who did not apply for the program, “lazy” and “afraid.”

“There are 690,000 official DACA registrants, and the President sent over what amounts to be two and a half times that number, to 1.8 million,” Kelly told the scrum of reporters Wednesday. “The difference between 690 [thousand] and 1.8 million were the people that some would say were too afraid to sign up, others would say were too lazy to get off their asses, but they didn’t sign up.”

The stereotype of the “lazy” Mexican or Latinx person comes from years of Hispanic immigrants being forced into blue-collar, low wage jobs, and due, in part, to older generation Hispanics not fully learning English after migrating to the US. This stereotype is not only hurtful, but very wrong.

It is true that some immigrants who were eligible to apply for DACA may not have for fear of damaging repercussions like deportation or arrest. A Vox report from last year that claimed Hispanic immigrants were worried about what might happen if they outed themselves by applying for DACA.

“Will the police here in my town try to deport me or my family before we have a chance to apply if we seek the records we need to apply?” one person is quoted asking in the Vox report. Another was worried that their mother would be deported after returning to the US years after a previous deportation order.

97% of DACA recipients are employed or enrolled in school. 71.5% of those in school are pursuing a bachelor’s degree or higher.

But John Kelly believes they are "too lazy to get off their asses."

At this time, some DACA recipients can reapply for their two-year stay but the deadline to do so is March 5, although no one is truly sure how strong a deadline that is. While those in Washington continue to battle for the rights of DREAMers and fight about government funding, many American families are afraid of what may happen if they get caught by ICE or get stuck trying to renew their status.

What do you think about John Kelly’s remarks? Let us know @BritandCo!

Kat Armstrong
Kat has been a writer, social media maven and mom for longer than she's willing to admit. She's also spent time in front of and behind the camera, interviewing celebs, politicians and acting as a producer for fashion and artistic photography shoots. When she isn't writing for various orgs and publications, she's hanging with her kids, husband and French Bulldog, Peter, in Toronto, Canada.
Controversy
Politics
Controversy Immigration inclusivity
More From Politics