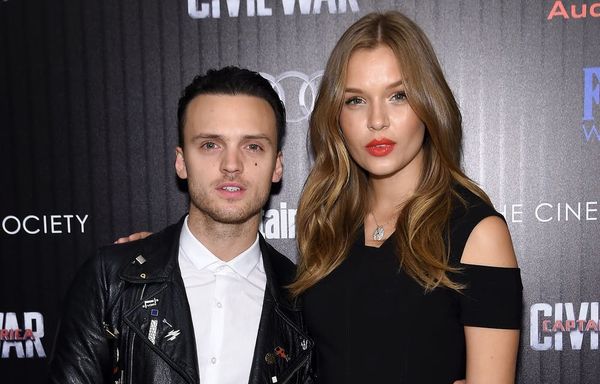 The Victoria’s Secret Fashion Show isn’t the only highlight of 2018 for one of the brand’s angels. Model Josephine Skriver just revealed that she’s engaged to her boyfriend, now fiancé, Alexander DeLeon.

“I SAID HELL-FREAKIN’-YES!!!! I’M ENGAGED,” Skriver wrote on Instagram along with a series of photos, including one that showed DeLeon, who is the lead singer of The Cab, getting down on one knee and popping the question.

Skriver described the special moment, writing, “It was a cold November night. Alex had us driven all the way to Finland to see the northern lights. It was my second bucket list number I was checking off in the same week after swimming with Orcas, my favorite animals, in their natural habitat! Little did I know it would soon be my third! He had a bonfire built for me on top of the middle of a frozen lake deep in Scandinavia completed with the full moon shining on our backs and hot cocoa to keep us warm!?!? Like.. is he crazy?!???”

She further explained that it was the first time either of them had seen the Northern Lights and that it also happened to be the 23rd, which is her favorite number and the same day that DeLeon’s song “Aurora Borealis” (another name for the Northern Lights) was released.

“Sometimes the universe just chooses to leave you speechless!!!” she continued. “That was when [DeLeon] looked over at me. When he got down on one knee and asked me to be his forever.”

After writing that she’s “never been more sure about anything,” she added, “Sometimes in life you will meet that one person that makes everything make sense. A person that pushes you to be an even greater version of yourself. A person that makes you not just dream it.. but believe it! Believe in your own abilities to make anything happen!”

She then added a note for her fiancé, writing, “[DeLeon] with you I just knew! You are all that and more. You walked into my life and I have never looked back. I love you. You are MY northern lights and MY Aurora Borealis. <3 -Your Jo”

Several of Skriver’s model friends took to the comments section to send their well-wishes to the newly engaged Angel. Gigi Hadid wrote, “So happy for you,” while Lily Aldridge left a message saying, “Yayyy congrats my love!!!”

Do you think a Northern Lights proposal is romantic? Let us know @BritandCo!