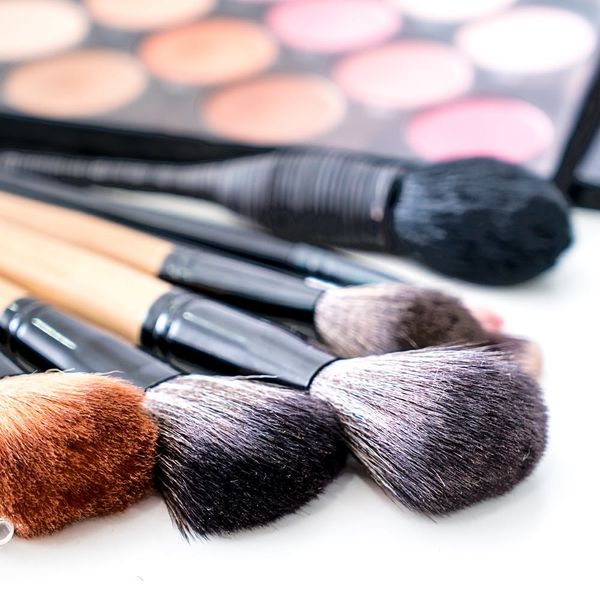 News over the weekend about a tween store’s makeup contents suddenly became every parent’s worst nightmare. Justice’s Just Shine Shimmer Powder (now pulled from the store and site) was found to contain an ingredient that could have some pretty serious side effects, including sudden death.

An investigative report by an ABC news team in Durham, North Carolina (WTVD) researched the ingredients found in cosmetics from the popular girls’ retail outlet, and their findings were nothing short of terrifying: According to the report, the team has confirmed with the Scientific Analytical Institute in Greensboro that the company’s highlighting product has tested positive for asbestos.

The dangerous finding could have deadly consequences for the tweens and teens using the powder. “They could die an untimely death in their 30s or 40s because of the exposure to asbestos in this product,” Sean Fitzgerald, the lab’s Director of Research and Analytical Services, told WTVD.

According to the report, important testing seems to have been skipped in the company’s production process. Tremolite asbestos fibers contaminated the talc used in the powder, which the FDA clearly prohibits.

The danger comes from breathing in the fibers, which will remain in the lungs for decades. “Fibers like this get into your breathing zone, and when you inhale, these fibers can get into the lung and go to the very bottom of the lung, and that is exactly where you have the greatest likelihood of asbestos to cause disease,” Fitzgerald said. “Children should not be allowed to breathe it. If a 10-year-old inhaled this fiber today, when he’s 50 years old, it’s still there.” The cancer that forms from asbestos inhalation also takes decades to form.

If that threat isn’t enough of a parental nightmare, the lab tests provided more concerning results. The heavy metals barium, chromium, selenium, and lead were also found in Just Shine Shimmer Powder. Lead can be absorbed through the skin and into the blood, leading to blood poisoning. “The more lead you have in your system, the more negative health effects you’re going to have,” Fitzgerald explained.

Though Justice has stopped selling the product as a result of the report and issued a statement, they haven’t recalled it just yet, launching their own internal investigation instead. “Justice is committed to the safety and integrity of our products. Upon receiving the inquiry from WTVD, we immediately began an independent investigation. We cannot speculate regarding the matter until we have more information. Nonetheless, out of an abundance of caution, we have stopped the sale of this product while we investigate.”

Fitzgerald, however, recommends immediately stopping use of the product and to “treat it like a deadly poison, because it is.” WTVD’s investigation did not find harmful ingredients in any other Justice products.

Does this news make you want to switch to all-natural beauty products? Tell us your reaction @BritandCo!

Elyse Roth
Elyse Roth is a freelance writer and editor who is a midwestern transplant in NYC. She loves to explore the city, plus you can find her at a Broadway show or the ballet usually once a week. When she's not finding things to do in New York, she's thinking about where she can travel next. She's combined her love for food and TV into a blog where she makes food eaten on her favorite TV shows at tvdinnerblog.com.
Beauty Products
Beauty News
Beauty Products Womens Health
More From Beauty News