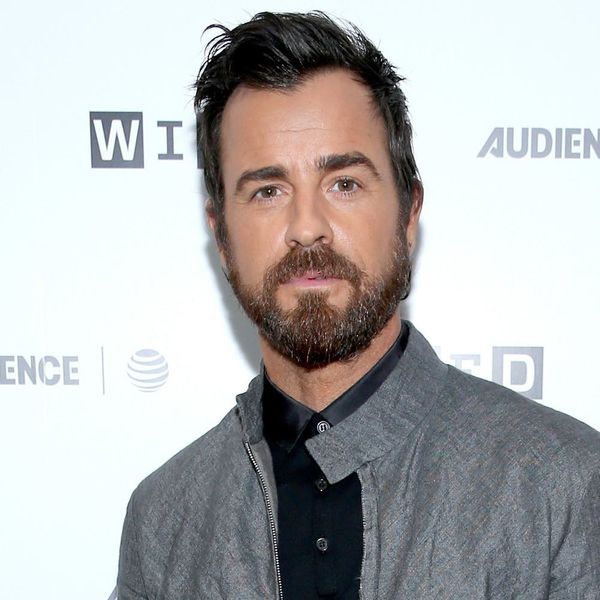 These days, Justin Theroux and Jennifer Aniston appear to enjoy a perfectly dreamy Hollywood marriage, but as it turns out, the two could have potentially started their love story much sooner… *if* Theroux hadn’t missed his big audition for her hit series, Friends.

Chatting with Mr. Porter magazine, the now 46-year-old explained that after moving to New York in 1993, he spent most of his time skateboarding, painting murals, and skipping any sitcom auditions that came up, including one for a role on the massive NBC smash.

When it came time for him to read for the show that brought his current wife worldwide fame (and a helluva fortune — Aniston was just named the runner-up on Forbes‘ list of highest-paid actresses), the Lego Ninjago Movie star says he “didn’t bother.” Instead, he “slept in that day.” WHAT!

There are certainly no guarantees that he would have nabbed a role, but it’s a bit mind-blowing to imagine. Theroux, for his part, says he has no regrets about missing out on the opportunity. “I wouldn’t have been prepared for [the fame],” he explained.

All’s well that ends well, though, as he did eventually cross paths with his RL Rachel Green while filming 2007’s Tropic Thunder (which was written by her close pal, Ben Stiller). Eight years later, after costarring in Wanderlust, the two married in a fairy-tale ceremony attended by her Friends costars Courteney Cox and Lisa Kudrow, who recently reunited with the pair for Cox’s 53rd birthday bash.

And yet… we can’t help but wonder what might have been if he’d been cast as Joey, Chandler, or maybe even Aniston’s on-screen love, Ross Gellar? Oh, the possibilities!

Are you surprised that Justin Theroux could have been in Friends? Let us know @BritandCo!