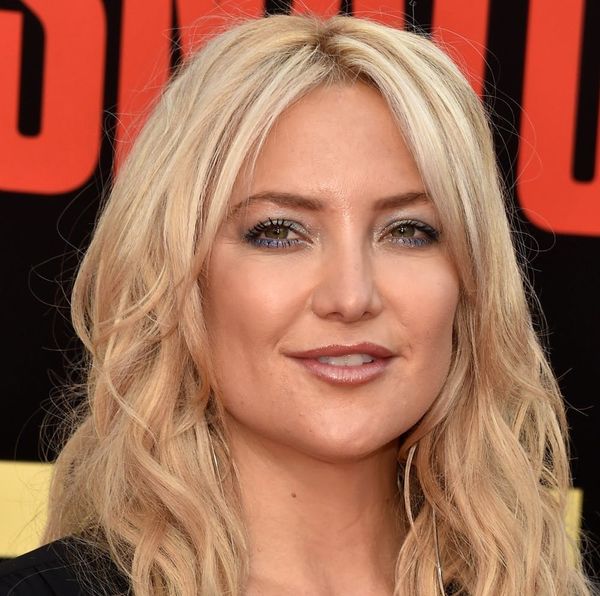 Kate Hudson knows a thing or two about working out: She even has her own athleisure empire in Fabletics. But as Cosmopolitan‘s October cover girl (featured in a gorgeous ’70s-inspired bodysuit) revealed to the mag, her best workout hack came from a rather unexpected source.

The 38-year-old said it’s actually her newly shaved head that helps her sweat it out — literally. “Cuts down on time spent post-sweat,” she admitted.

While she didn’t get into the nitty-gritty deets about how she feels being part of Hollywood’s buzz-cut club, she did reveal the one person who helps her out if she ever feels insecure. That favorite advice-giver is none other than brother Oliver Hudson, whom the Deepwater Horizon actress regularly calls for some laughter therapy and encouragement. She shared his best words of advice with the mag, saying, “‘Nobody cares! ‘There’s about seven plus billion people in the world who don’t give a sh*t.” Preach!

It’s that type of carefree attitude that led to some of her happiest moments in the last year, such as “working with Sia on our special project (Sisters) and knowing that no matter what, I will always have a lifelong friend in her,” Hudson said. “What a beautiful person.”

Kat Armstrong
Kat has been a writer, social media maven and mom for longer than she's willing to admit. She's also spent time in front of and behind the camera, interviewing celebs, politicians and acting as a producer for fashion and artistic photography shoots. When she isn't writing for various orgs and publications, she's hanging with her kids, husband and French Bulldog, Peter, in Toronto, Canada.
Celebrity Hair
Hair
Celebrity Hair Hair
More From Hair