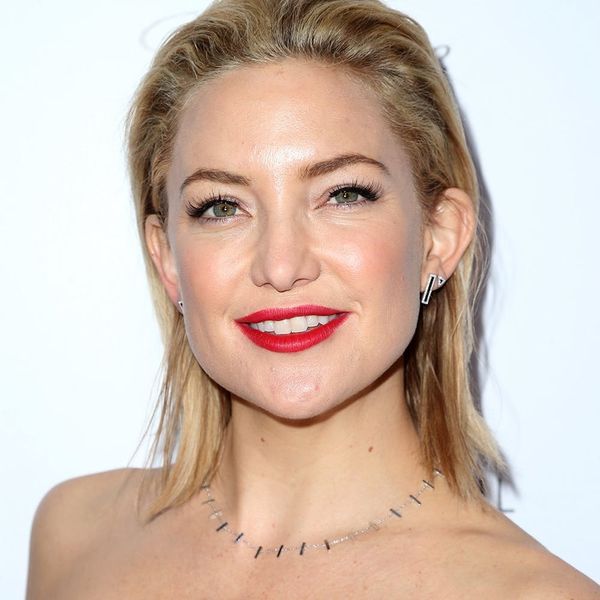 When hitting the slopes, it’s not unusual to end up looking like that kid from A Christmas Story — bundled up so much that your eyes are really the only thing exposed. It may not be the sexiest outfit ever, but hey, it sure beats freezing your face off all day. However, when Kate Hudson goes skiing it appears as though she does things a little bit differently.

The actress and founder of activewear brand Fabletics recently hit the slopes with her kids, and did so not in a ski jacket or even a t-shirt, but in a sports bra. She captioned the snap, “Skis on, shirts off! #SpringSki” Was it really so warm on the slopes that Kate had to ditch all her clothes or could she perhaps not bear the thought of working out without showing off her new athleisure line? The jury’s still out on that. One thing’s for sure though: Her trainer is doing a great job.

Let’s just hope nobody had any major wipeouts. Being thrown into a pile of snow belly-first sounds like an actual nightmare.

Would you bundle down before hitting the slopes? Tweet us your thoughts @BritandCo!