Why Kate Hudson Might Be the Next Sophia Amoruso 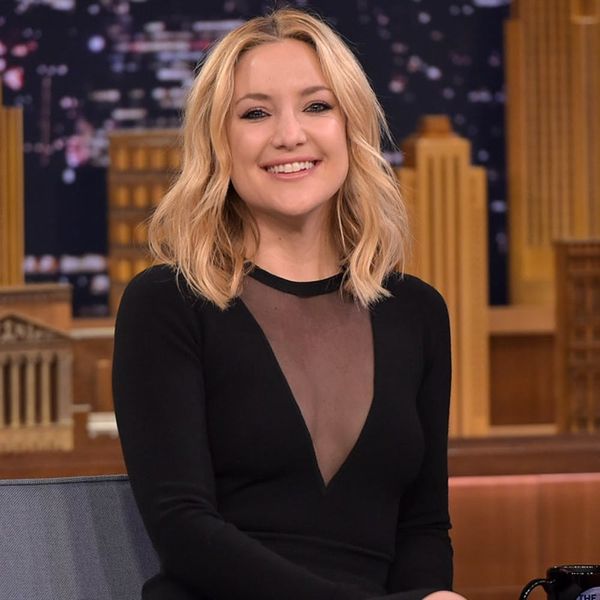 Sophia Amoruso and Kate Hudson couldn’t have started out at more opposite ends of the life spectrum — one was dumpster diving for goods to sell online for cash, while the other was born into a charmed life as the daughter of Hollywood royalty. Yet, it’s Kate that seems to be following in the footsteps of Sophia these days, on a mission to become her very own #girlboss.

While Kate has always been successful, embarking on a lucrative acting career at the tender age of 17 (she made her acting debut with a guest appearance on Party of Five — who knew?), she’s been taking a page (or two!) out of Amoruso’s entrepreneurial book (we mean the figurative one, but maybe also the literal one?) as of late and building a venerable branding empire.

Let’s take a look at the parallels, shall we? For starters, there are the women’s wildly popular fashion brands: Nasty Gal for Sophia and Fabletics for Kate. Both companies started on the smaller side. Nasty Gal was merely a vintage eBay shop Sophia started to pay rent when it began, but its popularity quickly became such that it demanded a separate platform to sustain itself. From there, growth continued to accelerate even faster, with Inc.com reporting that from 2008 to 2011 alone, the company went from generating an annual revenue of $223,000 to a whopping $23 million dollars. Take a moment to soak that in: As the article points out, we’re talking a growth rate of 10,160 percent, people! Kate took a slightly different approach, teaming up with pre-existing membership site JustFab to bring her line of cute, comfy and affordable (all pieces are $100 or less) workout clothes to the masses in 2013. Cut to three years later, when, amidst thriving sales, the brand has entered into the brick-and-mortar retail space, opening seven stores since 2015, including its latest Mall of America locale. And Kate’s far from done: The brand has plans to open 75 to 100 more stores by 2021.

Then, too, there are the celebrity-endorsements — Kate turned to brother Oliver to be the face of her brand’s menswear line, F2, while Sophia teamed up with ’90s grunge goddess Courtney Love back in December.

Not content to rest on their laurels, both ladies have now added yet another shared career achievement and title to their already impressive resumes: They’ve both become New York Times best-selling authors. Sophia released her best-selling memoir, #Girlboss, in 2014, which garnered enough success to warrant its own Netflix spin-off, while Kate threw her hat into the literary ring just last week with the release of Pretty Happy: Healthy Ways to Love Your Body, announcing her NYT nod on Instagram.

So what’s next for these two career-twinning powerhouses? If Kate continues to follow in Sophia’s footsteps, our money’s on a podcast, a guest-editing spot at a major mag (Sophia has ties to Marie Claire) and a sequel. Is that all? *wink emoji* To be continued!

What do you think of Kate’s career moves? Let us know at @BritandCo!

Nicole Briese
Nicole is the weekend editor for Brit + Co who loves bringing you all the latest buzz. When she's not busy typing away into the wee hours, you can usually find her canoodling with her fur babies, rooting around in a bookstore, or rocking out at a concert of some sort (Guns N' Roses forever!). Check out all her latest musings and past work at nicolebjean.com.
Girlboss
Work
Girlboss
More From Work