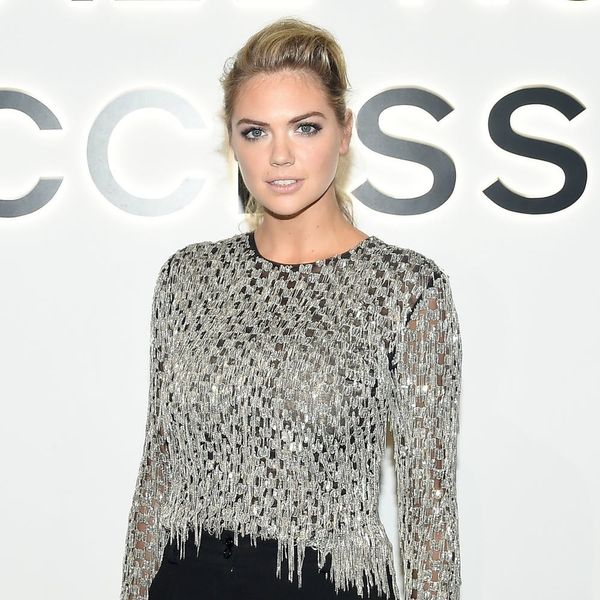 Last week, model Kate Uptonspoke out about her time working with mega-brand Guess and the company’s boss, Paul Marciano, and what she had to say wasn’t quite positive. In a Twitter post, she shaded the company and its co-founder/creative director Marciano, saying, “It’s disappointing that such an iconic women’s brand @GUESS is still empowering Paul Marciano as their creative director,” adding the #MeToo hashtag but went into greater detail this week, accusing the boss of sexual misconduct.

“I’m not going to let him intimidate me anymore,” Upton told Time of her former boss Marciano. In an exclusive interview with the mag, Upton shared a number of harrowing stories in which she accuses the brains behind the Guess brand of fondling her, forcibly trying to kiss her, and using verbal and physical intimidation tactics against her.

“After the first day of shooting the Guess Lingerie campaign [on July 25, 2010], Paul Marciano said he wanted to meet with me,” Upton recalled to Time. “As soon as I walked in with photographer Yu Tsai, Paul came straight up to me, forcibly grabbed my breasts and started feeling them — playing with them actually. After I pushed him away, he said, ‘I’m making sure they’re real.'”

Upton goes on to say that during that shoot, Marciano continued to try and fondle, kiss, and touch her body basically everywhere, even in front of photographer Tsai, whom she asked to stay in the room with her in a secret text message.

“I had two options,” Upton explains. “Do everything I could to wiggle away and avoid his pursuit, or punch the CEO of Guess. So I decided to just wiggle away.”

While Marciano continued to pursue her, even showing up at her hotel, Upton declined her boss’s advances until she was told by her modeling agency that the company was firing her from the campaign for “getting too fat.” Although Upton was rehired by Guess, she constantly had to fight off advances from Marciano, and, she says, was never really confirmed for bookings until the last possible moment.

Eventually, Tsai — Upton’s friend, protector, and Guess photographer — was fired (the photographer told Time that Upton’s account is accurate). The company brought in photographer Ellen von Unwerth on set with a new crew, and 25-year-old Upton says that the alleged abuse from Marciano ramped up. But after von Unwerth intervened on her behalf, Upton says Marciano eventually fired her too, calling her, “disgusting.” Von Unwerth told Time she doesn’t recall the incident.

Although she went on to model and segue into acting, Upton told Time that Marciano’s alleged abuse took its toll on her self-worth and self-esteem. “Paul used his power to make me feel insecure and powerless, but I’m not going to let him intimidate me anymore. These men think they are untouchable, but times are changing.”

Former Guess model Hailey Baldwin told People that she supports Upton. “Because [assault] happens, and it doesn’t happen like that to everybody, but unfortunately it happens to a lot more people than you think,” says Baldwin. “I think what she’s doing is amazing and I think that being able to speak out and speak up is important.”

Marciano told Time that the accusations are blatantly false, saying, “I have never been alone with Kate Upton. I have never touched her inappropriately. Nor would I ever refer to a Guess model in such a derogatory manner.” He added that he supports the #MeToo movement, but draws the line at personal attacks.

“I will not allow others to defame me and tarnish my reputation. I have pledged to Guess and its Board of Directors my full support and cooperation with a fair and impartial investigation.”

What do you think about Kate Upton’s accusation? Tell us @BritandCo!